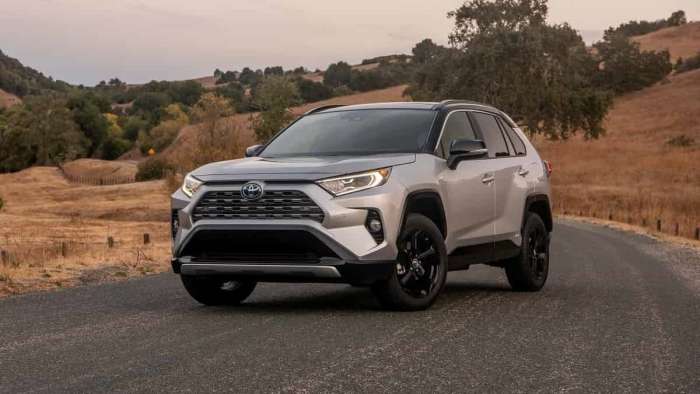 Toyota's Prius sales continue to decline, but the Prius is just one of many hybrids the company sells. How are the rest doing these days?
Advertisement

Electric cars are getting better by the moment. We have recently tested the fantastic Kia Niro BEV and Honda Clarity PHEV and both were so much better than past EVs we tested it is hard to even compare them to older EVs. We even liked the Kia Niro more than a Tesla Model 3 Standard Range Plus in back to back testing. Yet, even with the big advances in electric vehicles this past year, hybrids from Toyota still outsell them all.

With still solid sales of just under 5,000 units, the Toyota Prius hybrid continues to outsell every affordable electric vehicle in America by more than three to one, but its sales drop cannot be sugar-coated. Down about 40% this April over April 2018, the new all-wheel drive Prius hybrid may help stop the bleeding a bit, but the patient will be headed to hospice care soon. However, the Prius Hybrid is just one of Toyota's many hybrid models. We thought we'd check in and see how they are selling.

Toyota's RAV4 hybrid was selling very strongly for years until the new redesign interrupted the production flow. Toyota is back in action now and the new version of the RAV4 is a hit. Toyota sold a staggering 6,556 units in April, making it Toyota's top-selling green vehicle. We love the Mitsubishi Outlander PHEV, but the RAV4 earns literally 40-times more sales than the plug-in Outlander. The market speaks, we just report the news.

Toyota Camry Hybrid - Outsells Every Affordable EV - Sales Up 13%
With a monthly sales total of 2,128 units, the Camry is no slouch for a green car. It is quiet, comfortable, and in the largest car segment by size in America. The Camry hybrid is considered the top-trim of the Camry by many, including this reviewer.

With 1,104 units sold, the hybrid trim of the Highlander represents about 7% of overall Highlander sales. The Highlander and Tesla's Model X have nothing in common except being three-row green vehicles with AWD. Still, the Highlander's sales, even in a down month, still outpace the EV.

The all-new 52 MPG Corolla hybrid has just hit the market and it immediately outsold every affordable electric vehicle on the U.S. market. With sales of 1,403 units, it barely beat the Prius Prime, the top-selling affordable EV in America in April.

By contrast to Tesla's sales, Toyota sold 19,804 hybrids plus another 1,399 plug-in hybrid Prius Primes. Thus, for April, Toyota sold about twice the number of green vehicles than Tesla. Toyota's Lexus division sold 3,056 hybrids we have not counted in Toyota's tally. Lexus green car sales were up 61% in April.