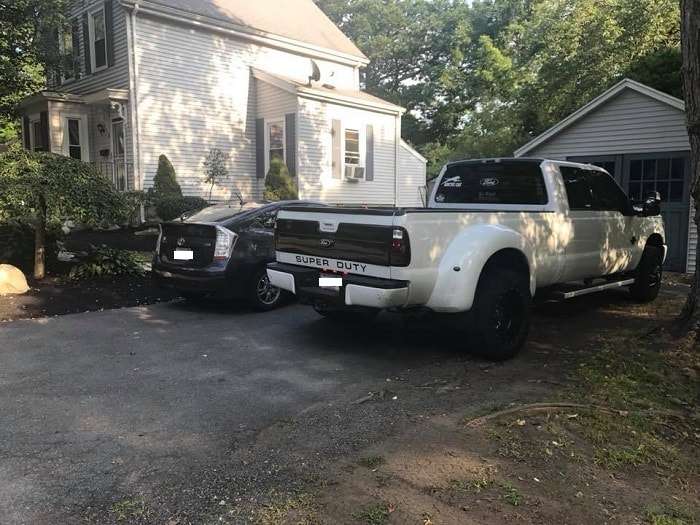 The Other Cars Toyota Prius Owners Drive May Surprise You, Sorry if it Ruins Your Stereotyping

We polled Toyota Prius owners to see what else was in their garage. The results were eye-opening.
Advertisement

You can tell everything you need to know about a person based on the car model they drive, right? When a Miata is up ahead you know it’s a woman driving don't you? Actually, most Miatas are owned by men, but don’t let us ruin that for you. Those Prius owners, though, you know exactly what they are like. Because anyone who drives a Prius "hates cars and just buys an appliance." Maybe not.

Two Torque News team members are Administrators at the Prius Owners club. We created a post asking simply, “What else is in your garage along with your Prius – Post up an image.” The post was very popular. The results were surprising. Here’s what we found.

Prius Owners Also Own Trucks
Perhaps the biggest surprise was that many owners also own pickup trucks. Member CJ has a 2015 Nissan Frontier LB 4x4 which he uses to pull his camper and trailer. Member PL has a dually extended cab pickup he uses to pull a full-size camper (Looks like a Silverado in the image). Member PT has a dually Ford Super Duty he uses to pull his huge boat. He says his Ford has been “An awesome pig so far.” Other trucks owned by Prius drivers include a Tacoma and a Dodge Ram.

Prius Owners Also Own Classic American Muscle Cars
American muscle cars were the largest single group of cars posted by Prius owners. Classic Corvettes from the 1950s, modern Corvettes, ‘70s corvettes, we could keep going. Prius owners love Corvettes. Mustangs too. One owner has a ’67 GTA fastback. Another has a Shelby Mustang. Prius owners also like Camaros and Firebirds. Members of the Prius Owners Club have Firebirds from the Smokey and the Bandit era complete with screaming chicken logo. One owner has a gorgeous ’65 Nova with a Ramjet 350. There is one owner with a 2004 GTO. Is that a classic? We vote yes. Again, this list was almost endless. We were not sure if the classic El Camino belonged in this group or under pickups. What do you think?

Prius Owners Also Own Large SUVs, Crossovers, and Minivans
Prius owners in the club also own Toyota Sequoias, Hummer H2s, and one has a stretch limo Ford Excursion she uses in her business. Owner AS has a 200-Series Land Cruiser and another a V8 4Runner. There is also a Ford Flex and a Chrysler minivan in the garage of two other Prius owners. One member proudly rocks a Toyota Previa, which he says is “The best minivan ever built.” We had more than a few Lexus RX 350s.

Prius Owners Also Own Racecars
We have to admit that only one member posted a picture of their racecar actually on the track. A Miata on a road course. Other members posted images of their BMW and Chevy racers static in the garage.

Prius Owners Also Drive Work Trucks and Buses
Aside from the pickups we mentioned above, one owner is a bus driver in the U.K. where the streets are narrow. Another has a taco truck. One has a Ram Promaster.

Prius Owners Also Own European and Japanese Sports Cars
Any BMW M3 owners out there who know exactly what Prius owners are like? You should, some Prius owners also drive their BMW M3s when they want to have a bit of fun. And some have cars like the Infiniti G37, Audi TT, and Subaru STI (hatch) members proudly posted images of.

Prius Owners Love Motorcycles
Members were especially proud of their bikes. We loved the old-school Harley, but more owners showed off their crotch rockets. Surprisingly, we had two police motorcycle postings. If you get lucky speeding in your own Prius maybe one of those will pull you over and have mercy!

Prius Owners Drive Everything Else
In addition to all the easy to categorize vehicles, we have owners who posted images of things like Ford Crown Vics, antique cars from the 1910s, Smart Car EVs, and a Jeep Compass. In case you were wondering, and we sure were, yes, we do have one member with a Pontiac Aztec! We are not sure if they are big Breaking Bad fans in Budapest, but Zoltan B rocks Mr. White’s ride. So remember, when you are passing that Prius on your commute tomorrow, be friendly. Because that Prius owner might just be “The one who knocks.”

If you'd like to see the original post from which this story was generated you can join the Facebook Prius Owners Club. Be patient. The club is one of the largest car clubs on Facebook and we have a backlog of member requests we are always trying to keep up with.

See you in our next story where we discuss why car guys loathe the Toyota Prius.