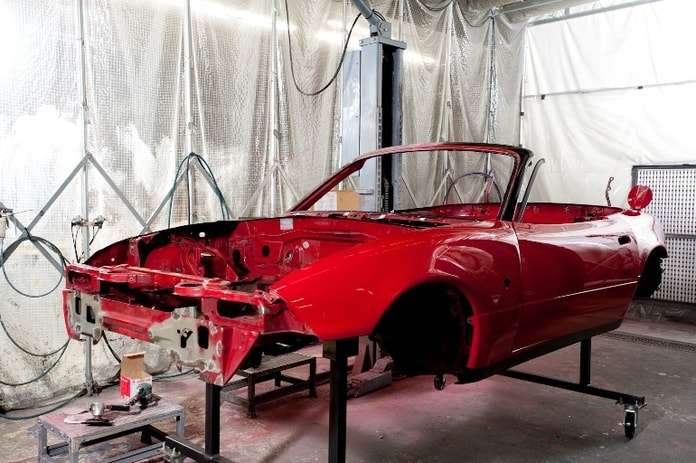 Contrary to recent reports, Mazda has no plans to restore any Miatas for U.S. customers.
Advertisement

Boy, it sure sounded great. Mazda would soon be restoring your first-generation, NA Miata for you. The problem is, Mazda does not plan to restore any Miatas, and no U.S. cars at all. Rather, and the qualifications are pretty big here, Mazda may restore a handful of first-generation MX-5 Roadsters for select Japanese customers (only).

The MX-5 Roadster is the Japanese version of the car we call the Miata here in the United States. They are almost the same cars, but not exactly the same cars. In fact, the first Roadsters were not branded Mazdas, but rather Eunos brand Roadsters. Recently, the automotive press found the Mazda Restoration Project website which featured images and Japanese text discussing the car, and has been producing incorrect content about the topic. There was also a press release in Japanese, again, which never mentions the word "Miata."

Torque News reached out to Mazda directly for clarification. Our contact, Tamara Mlynarczyk, Manager, Public Affairs, Mazda North America Operations, was happy to assist us in clarifying what has been reported. First off, the program has nothing to do with North America customers or cars. Ms. Mlynarczyk told Torque News, "This program IS NOT intended for the U.S." She went on to offer us some helpful Q&A formatted info on the limited project Mazda is conducting in Japan. What follows is from Mazda:

Q: Could this initiative come to the U.S.?
A: Unfortunately, it is currently planned only in Japan. Nothing has been decided regarding expanding the scope to overseas.

Q: How many NAs can Mazda restore a year?
A: The number of units is assumed to be a small number, but it may change depending on the work required for restoration.

We went a step further and used Google Translate to see what the Mazda Restoration Project actually says. Here are two key quotes (from Google Translate):
"In order to respond to customers' expectations, we are considering re-supply of parts that became discontinued, whether Mazda can restore NA, suppliers, and shops nationwide, everyone at Roadster Fan Club We have repeatedly exchanged information with you, and have continued consideration.'
"Meanwhile, since the work called Restore was the first effort for Mazda, under the support of an experienced third-party organization, we conducted a restore trial and carried out the quality verification. As a result, we are able to inform you about the prospect of providing restore service to customers with reliable process and quality, and the release of reprint parts."

Note that this sounds a lot like a parts promotion program and that Mazda didn't actually conduct the restorations solo, but with a quality-assurance partner.

Elon Makes a Cybertruck Statement With an Action, But Quiet in Words
Tesla's Record Month in China: Doubled Registrations in March 2021
END_OF_DOCUMENT_TOKEN_TO_BE_REPLACED