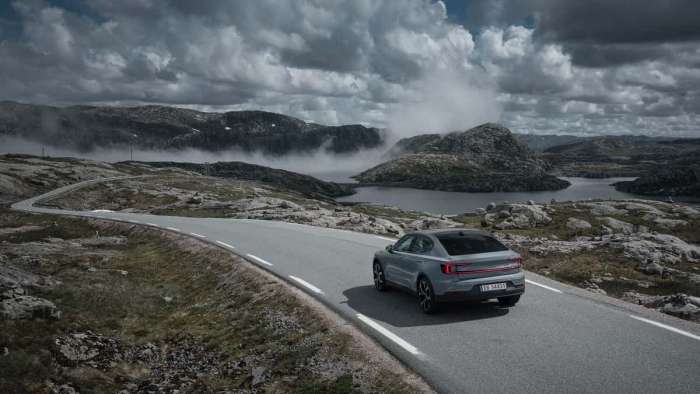 Consumer Reports is one of the first private owners in America with a Polestar battery-electric vehicle. Watch as the group struggles to find anything good to say about this vehicle.
Advertisement

Consumer Reports is an organization that tries to find the good in the vehicles it buys, tests, and reviews. However, with the new Polestar 2 battery-electric vehicle (BEV) the organization just paid $62K for, that is proving to be a challenge.

In the latest episode of Talking Cars, the three-person panel of experts discuss the new Polestar 2 BEV begining with the weird way they obtained it. The Polestar brand has no dealerships, so the consumer-advocacy group paid $62,000 for this luxury EV at a “pop-up store” in New York City. You’ve done that, right? Ponied up sixty-two large for a vehicle without a service network? Heck, I’m sure Consumer Reports members do that all the time.

Polestar 2 - Not Family-Friendly
CR’s family vehicle expert summed up her experience with the vehicle by saying, “...I was pretty frustrated…” This vehicle expert struggled to find a way to turn on the vehicle. She also had a tough time installing and using the car seats in the vehicle. An expert in car seat installation, the CR tester was very frustrated that she could not use a tether, which is the best practice for such seats without climbing into the rear cargo area and taking apart part of the cargo cover. You can view this section beginning at time stamp 8 minutes.

Polestar 2 - Silly Range
The Polestar 2 earns a 233-mile EPA-Estimated range. However, the CR folks all found that was overly optimistic. The group says that its testers experienced a 140-mile real-world range - and that with the heat turned off!

Polestar 2 Odd Seating Position
The Polestar 2 has an unergonomic layout in the opinion of the CR team. The seating position coupled with the poor outward visibility made one reviewer feel like he was looking out the slit window of a tank. Another said it was like “...looking through one of those toy viewfinders.”

Polestar 2 Consumer Reports Summary
The episode’s host at one point sums up the Polestar 2 by saying, “It seems like it’s sort of the worst possible combination of a new company of an all-new car brand that doesn’t quite have its footing, and the things that we don’t like about Volvo."

You can read more about the Polestar 2 at ConsumerReports.org if you are a member.