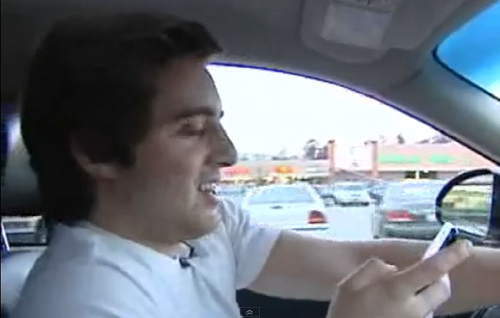 NHTSA has shocking distracted driving figures, but admits problem is not growing

Although NHTSA has the ability to generate eye-catching headlines, it admits that distracted driving is not a growing problem and has not used its power to force states to enact mobile device restrictions in cars.
Advertisement

In a recent announcement, the National Highway Traffic Safety Administration revealed the results of a survey that shows 660,000 people are currently manipulating an electronic device while driving. The announcement was part of NHTSA’s National Distracted Driving Awareness Month.

The survey was one of three compiled by NHTSA recently. Called NOPUS for National Occupant Protection Use Survey, the study revealed that the shocking number is valid any day of the day or night. The study breaks down into three basic categories. They include drivers holding a phone to their ear, drivers visibly manipulating a device while driving, and drivers wearing headphones. Torque News reviewed the study and found it interesting that females are fully 50% more likely than males to drive while holding a phone to an ear. Whether this is due to females preferring that method vs using Bluetooth, or if females simply talk more on the phone while in the car was not revealed by the study. About 4% of males hold a phone to their ear while driving vs about 6% of females. Males have mostly held steady at this rate, but females doing this has dropped from 8% to 6% in the past couple of years of the study. The ages of phone holders is also revealing. The largest group is ages 16 to 24 with 7% of those drivers operating a car with a phone pressed to one ear. That number too is down from about 10%.

NHTSA says that about 3,300 drivers die each year from all types of distracted driving. Not just mobile device usage. Applying makeup, shaving, tending to a child, eating, and other types of distracting behavior are included. According to NHTSA this category is not increasing. A little less than one in ten vehicle related deaths are attributed to distracted driving. In contrast, about a third of roadway deaths are caused by alcohol. By comparison, how many drivers do you think were killed by driving into the back of a tractor trailer? It is more than you might guess. For the answer please click here.

Judging by the constant news reports about distracted driving and the many programs that focus on preventing it one would assume that it is a leading cause of highway deaths. However, it is not, and it is not a problem that is growing as NHTSA’s announcement today revealed. There are categories that cause more deaths than distracted driving that are increasing, such as motorcycle deaths, but the headlines are not as catchy, and people do not often view themselves as a potential victim of that type of accident. Therefore those deaths do not receive the attention that distracted driving does.

Interestingly, cell phone usage in cars has a direct correlation with decreasing highway deaths. We have not stated that there is causation, but it is worth considering that as cell phones became popular highway deaths fell dramatically. For details on that including an interesting graph showing the decline in roadway deaths click here.

One might think that there is a much larger use of cell phones and other similar devices by younger drivers. While true, the percent difference in younger (under 25) vs more mature (25-69) drivers is only 2%. For that reason it has been suggested that some focus be given to older drivers that might listen more to reason than younger people with stronger indifference to rules they are very unlikely to be caught breaking.

One area that has increased slightly is visible manipulation of handheld devices. One could interpret that as texting, e-mailing, or dialing a phone, or worse, web-browsing. However, the increase is barely measurable since it has gone from less than 1% to about 1.3% according to the study.

In a surprising break from understanding how people actually use mobile devices, NHTSA suggests that drivers should “Power-Down” mobile devices while they are in a car. Powering down is not an action that most mobile devices are built to do easily. The ring notification can be muted quite easily on almost any modern smart phone, and they can even be set quickly to “Airplane mode” during which time they will not send or receive any data or calls. However, NHTSA suggesting that people will get in the habit of disabling an i-Phone’s power seems to show a disconnect from reality.

Since NHTSA and the federal government control all highway funding to the states, and can withhold that funding, it has immense power over the states' safety laws. For example, states without seatbelt laws were pressured into enacting them by threat of these funds being withheld. Given the power NHTSA has, the real question is why it has not simply forced the states to at least make it illegal to manipulate a hand-held device, or hold one to an ear while operating a motor vehicle, if not outlaw their use in two-way communication of any sort while driving.

NHTSA’s complete report can be read at this link.