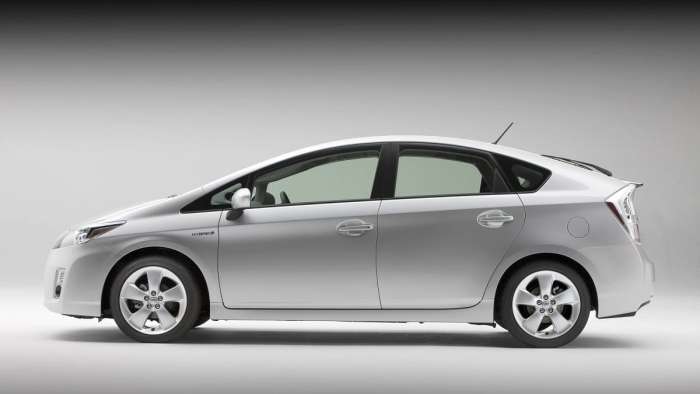 The 2011 Toyota Prius has been named the next used car under $10,000. Here is why this vehicle's hybrid drivetrain is just a bonus.
Advertisement

The Toyota Prius is well-known as a long-lasting car and it has just been named the best used car for sale under $10,000. The study was conducted by researchers at iSeeCars.com. The group evaluated six million cars from model years 2011 and newer to determine the used cars that demonstrated long-term reliability and have an average safety rating of at least 4 stars out of 5 from the National Highway Traffic Safety Administration (NHTSA). You may notice that fuel economy and emissions were not part of the initial evaluation process. The fact that the Prius has 50% better fuel economy than many of the other cars that were named good buys is just a bonus.

“A safe and reliable vehicle can be found across a wide range of price points, and older vehicles with established reputations for longevity and safety can help consumers get high-quality cars at more affordable prices,” said iSeeCars CEO Phong Ly.

Related Story: 4 Reasons Why Owning A Toyota Prius In A Economic Downturn Is A Smart Move

About the 2011 Toyota Prius
The Toyota Prius is a midsized five-passenger car with a hybrid-electric drivetrain. The Prius has an estimated 48 MPG Combined rating from the EPA. The EPA says that the Prius will save its owner $2,250 over five years in fuel costs compared to the average vehicle. With its 22 cubic foot storage area, it has more cargo volume than most large sedans.

Toyota Prius Reliability
The Toyota Prius is well-known for its outstanding reliability. Consumer Reports' members who own a 2011 Toyota Prius rate it a perfect 5/5 for reliability. That rating was also true from 2010 through 2019. CarComplaints has data that indicates the 2011 Prius has two common problems. The first is engine oil consumption and the second is problems with the headlights. Shoppers would be wise to check the service records of any used 2011 Prius to see if these issues were reported in the one they are considering.

Toyota Prius Safety
The Toyota Prius earned a Top Safety Pick award in 2011 from the Insurance Institute of Highway Safety. The Prius scored Good in every crash test conducted.

Two Toyota vehicles make the iSeeCars list of best cars under $10K including the 2011 Toyota Prius hybrid hatchback and the 2012 Toyota Corolla sedan. “Toyotas are known for their longevity, so even the older model vehicles on the list are smart vehicle purchases,” said Ly. “The compact Toyota Corolla boasts impressive reliability ratings and good safety scores, while the Toyota Prius has superior fuel economy estimates and a spacious interior.”

If you own a 2011 Toyota Prius, tell us how you have found it to be as a used car. Your feedback may help a shopper make an informed decision. You can view the full report from iSeeCars.com here.

Dominick Mortarotti wrote on November 20, 2021 - 4:20pm Permalink
I love my 2011 Toyota Prius. Even though I use it as a vehicle for light farm work, which includes driving on gravel roads and moving larger items, the only the issue has been flat tires. When I commute 70+ miles a day the fuel efficiency is outstanding.
John Goreham wrote on November 21, 2021 - 9:48am Permalink
Send us an image or two of your Prius at work on the farm and we will do a feature story about it! You can reach out via the contact tab at the bottom of our page.