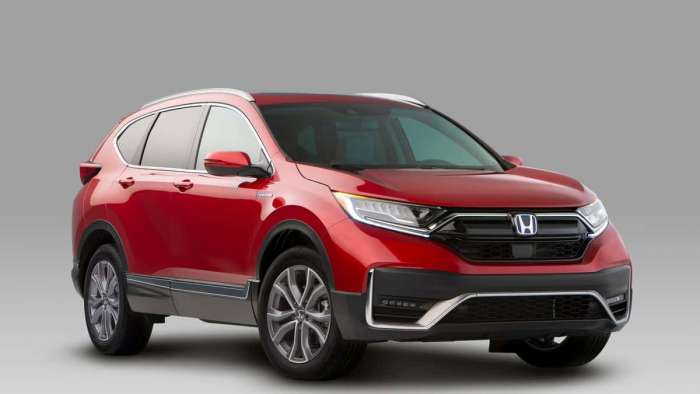 A new study shows just how completely America's family vehicle switch from sedans to crossovers has become. The top-seller is the Honda CR-V by a country mile.
Advertisement

Looking at the sales data automakers release monthly or quarterly can lead some automotive news reporters to make incorrect assumptions. While truck sales with the Ford F-Series at the forefront are always impressive and can top many news stories, trucks are purchased by municipalities, fleets, and contractors in huge percentages. While trucks are of course the family vehicle for many, the overall sales numbers give an exaggerated view of what most regular Americans purchase and drive as their family vehicle.

iSeeCars Sales Data
iSeeCars.com recently conducted a study showing the top vehicle sold in each state. The Ford F-Series dominates both new and used vehicle sales. However, what is the result if trucks are removed from the count? We asked iSeeCars if they would crunch the numbers again and they agreed without hesitation.

After Trucks, Crossovers Now Dominate
With Trucks removed from the data, two trends became clear to us. First, crossovers now dominate both new and used vehicle sales. With regard to new vehicle sales, crossovers are the top models in 42 of our fifty states. Almost every top-seller among those crossovers is a vehicle in the size category most commonly called "compact." The size is defined by the Honda CR-V. Almost none that top a state for sales are smaller or larger. The Chevy Trax and the Jeep Renegade are the two exceptions.

Related Story: You Love The CR-V More Than Any Honda Model In Long-Term One-Owner Satisfaction 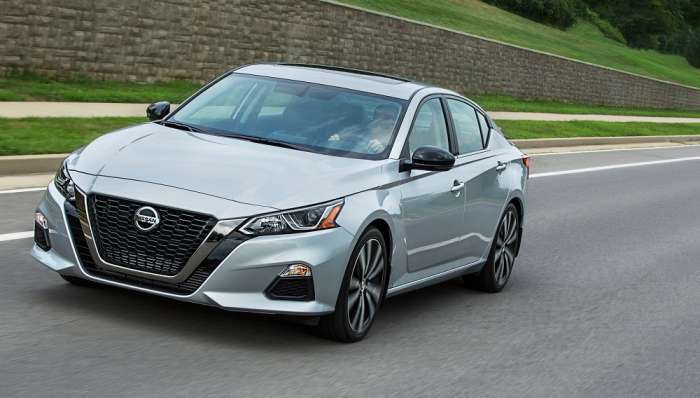 Nissan's Altima Is A Used Car Darling
On the used vehicle sales side, crossovers also dominate, but the shift away from cars is clear. Among used vehicle sales, crossovers are the top-selling vehicles in 31 states with sedans topping sales in 19. Here is a very interesting tidbit. The Accord and Camry are not the cars that top most states' used car sales. The Nissan Altima is, it being the number one non-truck used vehicle sold in 15 states. Didn't see that one coming.

Honda's CR-V Is Leading
The second takeaway we have from our analysis of the data is the Honda CR-V is simply kicking butt. Among non-truck new vehicle sales, the iSeeCars data shows the CR-V as being the top-selling vehicle in 16 states. The number two vehicle is the Chevy Equinox which tops sales in 9 states. The RAV4 only tops the sales in 4. However, note that the RAV4 is VERY strong when it it does top those states. In Massachusetts for example, the RAV4 is the top vehicle overall, even topping the Ford F-150.

We know from multiple sources of data two things. Trucks remain strong among top-level sales. And second, crossovers are becoming the non-truck default vehicle in America, led by the impressive Honda CR-V.

Mo wrote on January 10, 2020 - 9:44am Permalink
Your article is very misleading. By far and away the number one selling cross over SUV is the RAV4 by Toyota. The RAV4 outsold the Honda by over 60,000 units in 2019. You manipulated stats by using individual state stats to get the narrative that you wanted. Again, the RAV4 is the number one selling SUV across America in 2018 and 2019 based on national sales data.
John Goreham wrote on January 10, 2020 - 1:20pm Permalink
Mo, ,my apologies for making you feel mislead. Toyota sold 448,071 RAV4s in America in calendar 2019. Honda sold 384,168 CR-Vs. These numbers include sales to both private owners and fleets. Thanks for the opportunity to help clarify the story.
Mark Day wrote on January 10, 2020 - 3:33pm Permalink
If I had to choose a compact crossover today: Cost no object - BMW X3 M40i, more practical - Mazda CX-5.Too many "transportation appliances" out there. Although stated that compact crossovers are top-sellers, manufactures seem to put more emphasis on midsize.