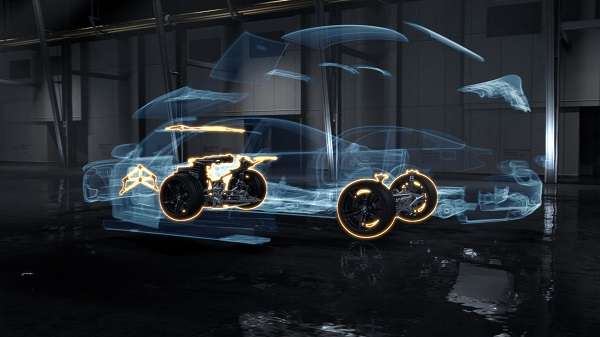 Although shocking that BMW will step back to an in-line six to power its new M3 sedan and M4 coupe, you won't believe just how far these amazing new cars are going to advance the segment.
Advertisement

BMW announced tonight that the new BMW M3 sedan and the M4 coupe will not use a V8 engine. Rather, the new BMW M3 and M4 will return to using an in-line six cylinder engine. The engine will be incredibly powerful, with an output of about 430 horsepower. BMW is quick to point out that the new engine will develop 30% more torque than the current V8 engine used in the M3. Torque is now up to 369 pound-feet. Tellingly, BMW also goes on to state that the engine will use 25% less fuel and have lower emissions. Unlike Chevrolet and Toyota, BMW does not have a massive fleet of small economy cars for sale in the US with 40 mpg ratings to offset its sports cars. Even the mighty M’s must watch every gram of CO2.

The new 2014 BMW M3 and M4 engine will use “two ultra-dynamic turbocharger units” to quote BMW’s extremely detailed fact sheet sent to media outlets tonight. Therefore the new engine is a twin turbo, inline six cylinder just like the 335i was when it was launched a few years back. BMW clarifies that the turbos are mono-scroll. Although it did not mention displacement, we will assume it is 3 liters plus or minus a few tenths of a liter.

For those who think anything but a manual transmission is heresy, relax, the six speed manual is returning. However, it will blip the throttle to match revs on downshifts like many of the sports cars on the market including the Nissan 370Z and Chevrolet Corvette Stingray. BMW did not mention if the feature can be deactivated, but before anyone commits suicide, let’s assume it can be disabled so that heel-toe heroes can work the three pedals with two feet. A seven speed, dual clutch automatic will be the fast transmission and BMW makes one of the best in the world.

BMW has pulled out all the stops and clearly sees the new 2014 M4 and M3 cars as competitors to the 911 and basically, all comers. The new Ms won’t just use carbon fiber (which BMW correctly calls CFRP) for body panels, roof, and diffusers. No. The new BMW M3 and M4 will use a carbon fiber driveshaft and some suspension components such as mounting points for the damping and spring assemblies. For even greater weight savings the dry-sump for the oil is magnesium. Ceramic brakes and pretty much anything else you have ever heard of that makes a car go fast are available in the new M cars. Anything mechanical we don’t mention that is ceramic, carbon, or magnesium is probably aluminum, which is what the suspension is made from. The only parts of the car that BMW did not mention as being other than steel were the chassis and pillars. We’ll assume those are high strength steel.

What we find fascinating is that the new BMW M3 and M4 will use a turbocharged six like the Cadillac CTS V-Sport, and likely the ATS-V will use. The power is also pretty much the same. Cadillac should be all grins today. Smiling more widely could be Lexus. Lexus has not quit on its V8, which has similar power output to these cars, and Lexus is about to introduce a new coupe body in the same size category as the M3. In a very cool turn of events Toyota might find itself the V8 coupe entrant in this segment. There are many that realize the benefits of a V8 on-road, and would be more than happy to give up a few tenths of a second trap time to listen to it sing. The New M3 and M4 will have 2 lb-ft less torque, and one less forward gear than the current IS-F from Lexus, which has been unchanged since 2008. Were that powerplant to sit inside the new RC-F coupe body from Lexus we may find that the segment is quite a bit more interesting than it has ever been. One reality check here – the Lexus IS-F is not as fast as the outgoing BMW M3, so Lexus would have to step up its game to really play with the big boys.

The new BMW M3 and M4 are about to come off the leash completely. The BMW 335i can already run to 60 MPH in about 4.5 seconds in many instrument tests. With the new lower weight and added torque these cars might well be close to 3 seconds to 60 MPH with the dual clutch transmission. Other metrics are also likely to be in the supercar range. The only question is do supercar owners paying supercar prices want a six cylinder car? BMW (and Porsche and Cadillac) are pretty sure they do.