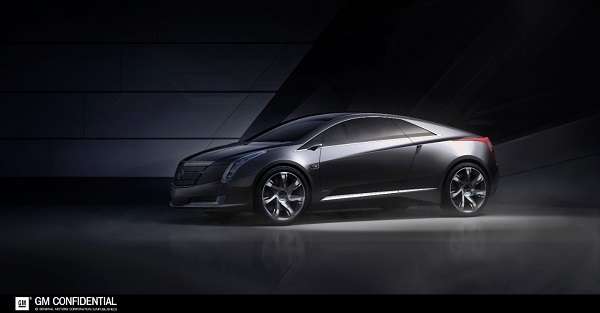 At a recent event, we lucked into a meeting with senior GM staffers who did not confirm, and more importantly, did not deny, that an ATS-V is close to launch.
Advertisement

Is 2014 the model year that Cadillac launches the Cadillac ATS-V? At a recent annual gathering of auto-writers held at a private racetrack in the Eastern US, Torque News lucked into an exclusive opportunity to run some rumors past high ranking company officials at General Motors. What we found out (or think we did) is that the largest automaker on Earth with a rear-drive performance luxury car on the market is planning to target the BMW M3 and possibly the M4.

You may have heard the rumor that Cadillac may build a “V” version of its excellent 2014 ATS sports sedan. An ATS-V would join the CTS-V and CTS-V Sport models at the top of the GM food chain in terms of luxury performance cars. We could have said “luxury performance sedans”, but who is to say that the coming ATS-V won’t be also offered in a coupe body (2-door)? We thought the rumors we hear (and maybe even started) might prove just a dream until our very own editor, Patrick Rall, spotted what was obviously an ATS-V test mule, driving on public roads near GM’s operations in Detroit.

Furthermore, we never really suspected that GM would drop a small-block V8 in the ATS, but then the new twin-turbocharged version of the excellent 3.6 liter V6 appeared. The 3.6 liter V6 is already the premium engine in the ATS, so there is no question it could fit. Installed in the ATS chassis, whether in a 4 door or two door version, the ATS with 410 horsepower would simply put, be possibly the third fastest General Motors vehicle in production after the Corvette and Camaro ZL1.

In all Likelihood Cadillac would carefully de-tune the 2014 ATS-V to be slightly less ridiculous down a drag-strip than the V8 CTS-V. Let’s not forget who is the boss. If it chose to Cadillac could also offer a six speed manual version of the ATS-V, though this author is certainly not suggesting it should. I’ve staked my claim that the six speed has its place, but not in the fastest version of production luxury sedans.

During the event this author accidentally ended up at a table with 3 gentlemen with the Chevy bow tie emblem on their golf shirts. Another member of the table suggested a card swap and that was when this author almost fell off his seat. Let’s just say the senior person at the table had profit and loss responsibility for a substantial part of GM. He was a great guy and was willing to engage in some off the record questing about the ATS-V. When I told him that our ATS-V stories generated a lot of interest from readers he was clearly pleased. When I asked him straight out at which auto show the ATS-V with the twin turbo V6 and two doors would be revealed he coughed, laughed a little too loudly, and smiled at the two Chevy engineers to his right. You can make what you like of that.

Please note that the image shown is a Cadillac Converj Concept, not an ATS-V image. Courtesy of General Motors Media site.