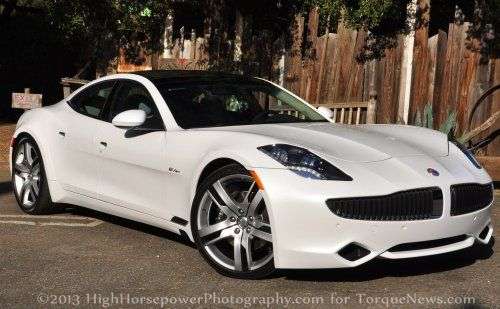 The most recent financial and political creation is sequestration. Sequestration refers to automatic federal budget cuts. As this is written there is a circular firing squad taking shape while each party blames the other for the fact that about 3% of the massive federal budget must be cut due to the sequestration. One thing that is not in question is that the $ 7,500.00 tax credit millionaires enjoy when they buy a $60,000.00 to $110,000.00 electric super sedan is not going to stop.

Electric car companies all enjoy taxpayer support. Whether the vehicle is a Volt, a Leaf, a Karma, or a Tesla, if the vehicle runs on a battery most of the time the federal government is lending financial support paid for by the US taxpayers. That support can take the form of low interest loans, or loans that private investors would deem too risky to make. It can take the shape of paying salaries for employees at battery companies that don’t currently make batteries, and it can take the shape of state income tax payers paying the light bill for an electric car company’s factory that is not making electric cars as reported by Aaron Turpen in Torque News. There are also low cost buildings being provided for car manufacturing. The most famous example is the NUMMI factory that used to make small, fuel efficient Toyota and GM vehicles. After GM’s bankruptcy Tesla moved in with support from the federal and California state governments.

These examples are real, and the main objective behind the subsidies and loans was to help car companies to develop technologies that would make an electric car affordable. Some would say that this is a noble effort and deserves the support of the taxpayers of the US. Others would ask where in the constitution it says that the US government is tasked with helping private companies in any way. Regardless of which viewpoint a person has it is hard to imagine that anyone holds the viewpoint that cars costing over $100,000.00 should be given financial incentives by the US tax code, but that is exactly what is happening.

Until recently, this wasn’t much of an issue. There were really only two car companies that offered super-luxury cars for wealthy EV buyers, Fisker and Tesla. Fisker is not currently selling cars and it future is in question. The sole provider of batteries to Fisker stopped providing them after it went through bankruptcy and a good portion of Fisker’s inventory burned up after being flooded while in a parking lot during transit from its European factory to Fisker’s operations in the US. Tesla on the other hand leads us to believe it is alive and well. George Blankenship, Vice President of Sales and Ownership Experience, recently shed some light on the company’s operations saying on the company site “We went from zero production in May to a production flow in December capable of delivering 20,000 cars this year.” If this is the case, and Tesla indeed does sell 20,000 cars and each comes with a federal tax credit of $ 7,500.00 that would add up to $15,000,000.00 (fifteen million) dollars directly provided by the tax code to people who arguably are among the wealthiest of all Americans. After all, how many working class Americans can afford a sedan costing $ 60,000.00 to $110,000.00? And if they can afford it, can they also not afford to pay just $ 7,500 more dollars and do without the taxpayer support? Is there any real difference between a car costing $110,000.00 and $ 117,500.00?

Keeping in mind that the objective of the tax incentives was to bring electric cars within reach of the average buyer, a recent article in Torque News should shed some light on our progress. Fully electric cars are now selling for below $40,000 and some, like the Nissan Leaf even below $ 30,000.00. And we are no longer limited to one choice, one manufacturer, or even one type of car. Ford, Honda, Chevy, and others now offer electric sedans. Some even come with range extending gasoline motors that can charge the battery so that the vehicle is not limited by a short range anymore. If affordability and choice were the inspiration for the taxpayer funded incentives, when will we be there if not now? On the subject of tax implications remember that the EV tax reduction is a credit, not a deduction. That means it is a guaranteed reduction in one’s taxes regardless of income level. And let’s not forget that almost all luxury and sports car brands such as Lexus and Porsche offer hybrid models that get excellent real world mileage. The Lexus ES luxury sedan, which can swallow a couple sets of golf clubs for example getting mid-40s MPG. It isn’t as if there are no green choices for the country club set to drive to assuage their eco-guilt.

CNN reports that the cuts announced by the leaders of our country will include lunches for the elderly, air traffic controllers, preschool for the country’s poorest students, and food safety inspection programs. Apparently these are lower national priorities than allowing a private company to sell its products in the marketplace to shoppers of BMW 6 series, Audi S7s, and Mercedes S class luxury sedans without taxpayer support. Tesla does have a new model in the works. However, it is not the new affordable family car many have hoped for, but rather another near supercar, this time a sport utility vehicle.

Congress did set limits on how many cars a manufacturer could sell with the tax credit. At its projected rate of sales and factory capacity the tax credits would last Tesla Model S buyers about 9 more years. Congress also did a study, via the Congressional Budget Office, to estimate the total cost of the electric car tax reduction program. In its report titled “Effects of Federal Tax Credits for the Purchase of Electric Vehicles" the the CBO said “The Congressional Budget Office (CBO) estimates that such policies, some of which also support other types of fuel-efficient vehicles, will have a total budgetary cost of about $7.5 billion through 2019. Of those federal incentives, the tax credits for buying electric vehicles—which account for about one fourth of that budgetary cost—are likely to have the greatest impact on vehicle sales. The tax credits apply to the first 200,000 electric vehicles sold by each manufacturer for use in the United States, after which the credits gradually phase out.” Interestingly, CNN reports that the Transportation Department would face annual budget cuts of $ 1 billion if the sequester is not reversed by congressional action.

If this article made you mad look at the picture and realize that the wealthy folks you helped buy a car also get special parking at the airport. Have fun in the now longer security lines and cross your fingers that the air traffic controller for your flight wasn’t furloughed this morning.

3Deuce27 wrote on February 28, 2013 - 3:03am Permalink
Smart Ass... col! Millionaires won't be bothered much whether the credit goes away or not, as the purchase is usually structured as a write-off. The good side is, Tesla-'S's create American jobs. As it is, I'm writing this response at the McCarran airport in downtown Vegas, laid over on my way to Dallas and East Texas/Louisiana. I can remember when Reagan, exercising his great wisdom, fired all of the air controllers. Took a long time for the system to recover from that. Not too mention, all the Airport funds robbed by congress to date. Regards Tre col!> chuckling out loud
John Goreham wrote on February 28, 2013 - 11:03am Permalink
Thanks for reading and commenting! Also glad you took it in context and laughed, which was the intent, though the topic is serious in general. Normally I would discount an off the cuff comment, but I would love to know more about how one "Writes off" a very expensive sedan like a Tesla or Fisker. I have been an on the road salesman, and owned my own business which used a vehicle. I thought I knew all the ins and outs of business expensing of cars. Even with the professional tax help of my own preparer and the fortune 500 company I once worked for, I never found a way to expense more of a car for business than the 4 cylinder, 4 door mid-size Impala or Ford Fusion the tax code is written around. Do you know something I don't about EVs in particular lowering wealthy people's taxes? I'm assuming you meant for business because many people in the Tesla and Fisker demographic pay the AMT, which means NO write offs for personal income. And last I checked ther is no personal tax deduction for one's personal EV, or any personal car (aside from the credit mentioned in the story). I do also think there are two sides to the story of "Creating American Jobs" given that they make a very low volume near super car in the gigantic empty car factory that used to punch out exponentially more small, fuel efficient family cars. If they were in a buggy whip factory I would agree, but NUMMI?
3Deuce27 wrote on March 1, 2013 - 10:39am Permalink
Yes! Business write off per available means. Typically 'Bonus' write-off/deductions/Section '179', schedules and qualifications, may be limited on some vehicles. Full depreciation and write-off may not not be available for all vehicles. I spoke to past experience, not completely current on what is available now regarding non-utility vehicles, John, but I think that at least $11,060 can be written off.