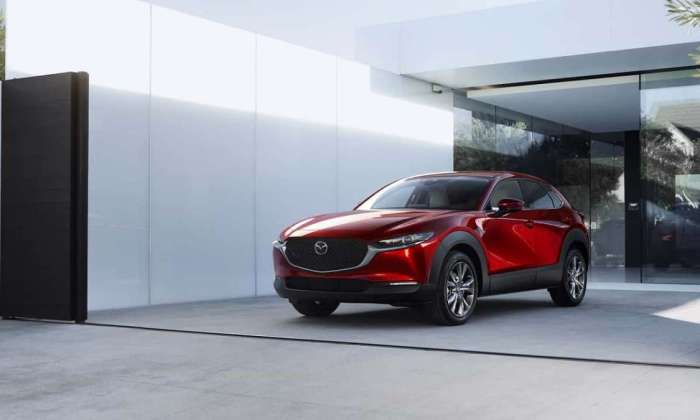 The Mazda brand is simply more reliable than almost every luxury brand according to a new study.
Advertisement

Mazda outranks legacy luxury brands like Mercedes-Benz, Acura, Audi, and Cadillac in a new study released by JD Power. Mazda's score puts it in the top quarter of the most reliable brands and well above the average for all brands. This news comes the same week that Mazda also outranks many premium brands in safety. 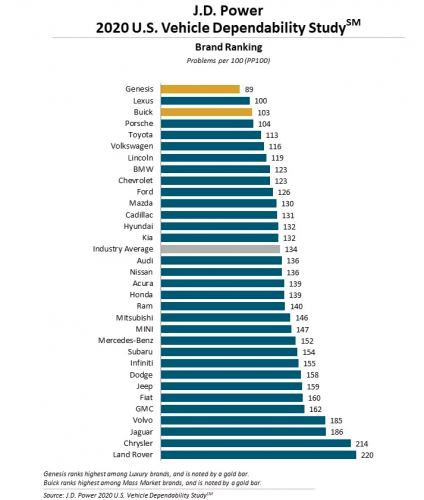 Mazda's Rise to Premium
In recent years, Mazda has taken the brand out of the mainstream and into the premium segment - while keeping prices in the mass-market realm. If Mazda is to succeed in elevating its brand - and we are rooting for the brand to do so - it needs to differentiate itself. One way to do that is with dependability. Premium vehicles must be more dependable than the mass-market brands, or what's the point? Mazda's score on the JD Power Dependability study proves that Mazda vehicles do have an advantage over other brands once considered to be mainstays in luxury.

JD Power Vehicle Dependability Study (VDS)
The VDS is now in its 31st year. 2020 marks automakers’ best performance in the history of the study. The study covers 177 specific problems grouped into eight major vehicle categories. It measures the number of problems per 100 vehicles (PP100) experienced during the past year by original owners of their three-year-old vehicles. This new 2020 study measures problems in model-year 2017 vehicles. A lower score reflects better quality.

“Despite the increased adoption of complex vehicle technology, dependability continues to improve,” said Dave Sargent, vice president of global automotive at J.D. Power. “There’s no question that three-year-old vehicles today are better built and more dependable than same-age vehicles were in previous years. However, the rapid introduction of technology is putting increased pressure on dependability, so it would not be surprising to see problem levels plateau, or even increase, over the next few years.”

Mazda Moving Up
Although JD Power's Dave Sargent has concerns that vehicle quality may be peaking, Mazda certainly is not. The brand moved up dramatically in the recent study. In 2019 Mazda's score on the study was 159 and in 2018 Mazda scored below the industry average. In the most recent 2019 JD Power Initial Quality Study, which looks at problems reported in the first three months of ownership, Mazda was tied with Mercedes-Benz. Clearly, Mazda is on the move towards higher quality. Drive one of the new Mazda vehicles and that becomes apparent in the feel and look of the workmanship.

Digitaldoc wrote on February 13, 2020 - 2:02pm Permalink
yes, Mazda is reliable, and many of us want to see them do well. They are also safe according to IHSS. Now, they just need another engine in their lineup besides the 2.0NA, 2.5NA and 2.5T. Can they use this to bring skyactiv X over from Europe to the US? If not, can we get a small displacement turbo? The 6 cylinder they are working on will only fit cars are the larger end, and the 3, CX-3 and CX-30 could benefit from some better engine choices.
John Goreham wrote on February 13, 2020 - 3:53pm Permalink
I agree. Although both the 2.5 and 2.5T have their charms, the smaller turbos in Hyundai and Honda vehicles really steal my heart. Ideally, I like to see a small turbo paired with an electric motor. Going forward, any vehicle that can't regen power when braking is going to seem pretty old fashioned and the i-Eloop is barely a regen system.
digitaldoc wrote on February 13, 2020 - 10:01pm Permalink
Mazda is a smaller company, with excellent engineers that do a lot with the more limited resources they have. I have driven both the 2.0NA and 2.5NA from Mazda, and they are both nice engines, but agree that a smaller turbo, like the 1.6T from Hyundai, or the 1.5T from Honda (minus the oil-gas dilution) would be great. The new Mazda 3 was designed with Skyactiv X in mind, and not the 2.5NA, which may be one of the reasons behind the lackluster sales. Hard to go premium when Mazda is powering it with a buzzy 4-cylinder, with a torque peak that is way too high at 4400 rpm's.