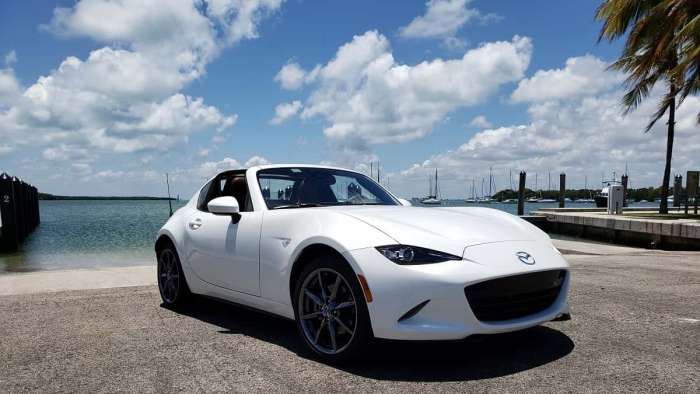 The Mazda Miata is now the only affordable convertible sports car on sale in America since Fiat discontinued the 124 Spider collaboration. Miata sales Surge during an unusual time.
Advertisement

During the market disruption over the past year, many brands and many models suffered severe slowdowns in deliveries. However, the Miata did quite well during this period. It would be obvious to expect the Miata’s sales to settle down, but the opposite has occurred.

Through the dead of winter and early spring in the first quarter of the year, a time when convertibles are not exactly ideal cars, Miata sales went crazy. The company has sold 2,743 Miatas. Last year, Mazda sold 1,700 and even that was a pretty good quarter for this specialty vehicle.

Incredibly, the Miata’s achieved its second-best March since 2008. If this period proves one thing about the Mazda Miata it is that the car is not as price elastic as most vehicles. It is a purchase made of love and planning, not one that fills a daily need for transportation. At least for most.

Mazda overall has had a great Q1. The CX-5 leads the brand’s sales with over 40K units in Q1 and has maintained a rate of sales of more than 15K units per month. That puts the CX-5 in or close to the top 20 of all models sold in the US. The CX-5’s more compact sibling, the CX-30, is also doing quite well. Its sales have increased by 74% year over year and by all appearances is limited only by Mazda’s ability to produce the compact crossover.

Mazda Miata Fast Facts:
The Miata is a rear-wheel drive, two-passenger sports convertible or sports retractable fastback
Mazda's Miata is now into its fourth generation and is a popular race day car
The Miata uses normally-aspirated four-cylinder engine and a six-speed transmission