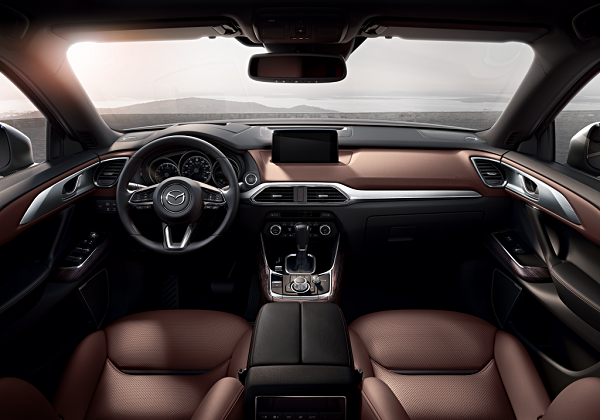 Mazda CX-9 Earns Car and Driver 10Best Spot, Why That Leaves Us Confused

Car and Driver Loves Mazdas, and so do we, but...
Advertisement

We don’t dispute that the CX-9 earns its accolades, but are the Car and Driver Folks seeing this vehicle with rose-colored glasses? We will get to the good stuff that really makes the Mazda CX-9 special, but here are a couple things that Car and Driver says about the CX-9 we think is just crazy talk.

First up is a comment by Annie White that isn’t really just an opinion. Annie says “Narrow pillars and a comparatively low seating position give the CX-9 great sightlines…” While we don’t disagree overall with this, the A-pillars on the CX-9 are some of the thickest we have seen in a modern vehicle. The image that Car and Driver uses in its overview even highlights this.

Our next bone to pick is regarding the cabin. CD’s Smith says “Inside, the cabin is both airy and roomy while also being cosseting enough to feel like your own private refuge.” The sentence is good writing, but is it true? Not in comparison to the Toyota Highlander which offers the driver more headroom, shoulder room, and hiproom. In our CX-9 test vehicle my knees contacted both the left and right interior hard plastic trim, making the cabin feel very confining. We direct you again to the image provided by Car and Driver in its summary. Look at the driver’s legs and overall appearance in proportion to the CX-9. It looks cramped. It is.

OK. Now the part we are happy to agree with. CD says, “It feels a fraction of its size on the road, aided by the light and accurate steering we’ve come to expect from all Mazdas.” Spot on. “Mazda traded off a big horsepower rating at high rpm for more low-end torque, in this case 310 lb-ft peaking at 2000 rpm, down where customers will frequently tap into it.” Yes, Mazda did, and the engine is a gem.

The new CX-9 deserves to be on Car and Driver’s 10Best list for its driving characteristics, but let’s not embellish how good this three-row crossover is in comparison to the Highlander and Pilot, which outsell it by 10 to 1 and 5 to 1 respectively.

Mike wrote on December 10, 2016 - 6:58pm Permalink
Car & Driver ist among the HYPOCRITE and close minded car magazines (My opinion). And i see it in every test i read from them about any car. Diese Autozeitung ist nicht mehr glaubwürdig für mich. Mike.