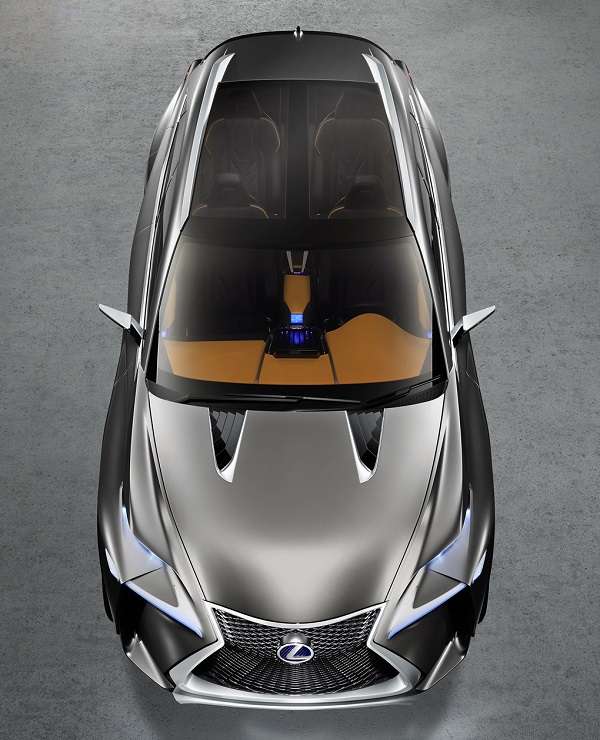 Lexus pulls back the curtain on its first all-new vehicle in years at the 2013 Frankfurt Auto Show, and it is going to shake up the premium compact crossover market.
Advertisement

Lexus has released more details and photos of its new luxury compact crossover the LF-NX ahead of its unveiling today at the Frankfurt auto show. The new concept vehicle foreshadows a coming new entrant to the Lexus line-up slotted below the RX 350. Today’s information confirms the vehicle’s size, drivetrain, and possible layout.

The new drivetrain is confirmed as the 2.5 liter, four-cylinder Atkinson cycle gasoline engine with electric hybrid drive. This will be a drivetrain very similar to the one used in the European IS 300h. Lexus said today in a press release “The LF-NX’s highly efficient full hybrid powertrain targets performance on par with conventionally powered rivals, while returning outstanding fuel consumption and low emissions.” It will be able to operate on full electric power at low speeds and will return the best fuel economy in the premium compact crossover segment. Lexus' ES 300h large sedan currently uses the 2.5 liter hybrid drive and that vehicle has a 40 MPG combined EPA estimate. The slightly taller, AWD LF-NX may return fuel economy close to that, perhaps a rating of 37 MPG combined. That would make this vehicle about 30% more efficient than any other premium crossover this size. It may also use regular unleaded fuel, which in combination with the fuel efficiency would mean fuel economy that will embarrass diesels of this vehicle’s size while returning similar performance.

Lexus is stepping away from the fantasy world that buyers of premium luxury crossovers pretend to live in where these vehicles are used off road and then taken directly to a race track. Instead, Lexus is going to market this vehicle as an “urban-centric” crossover. Meaning it will confidently go anyplace there is a road, dry or wet, icy or snowy, plowed or not. For those that need to tow a yacht, traverse the family’s hunting preserve, or carry a soccer team Lexus has other products for the job.

Lexus has stated the new LF-NX has a wheelbase of 106.3 inches and is 182.7 inches in length. That pretty much confirms the RAV 4 platform sharing which will keep costs lower for this Lexus than any other player in this market. That extra cash will be well spent on the expensive hybrid drive system. The RAV 4 is about 2 inches shorter in length and wheelbase than this. That brings up an interesting point. The concept is a 4 passenger, with two rear bucket seats. However, the RAV 4 is cavernous in the rear seat area. So let’s not be fooled that this will ultimately be sold as a 4-seat vehicle. It will have 5 when it enters production.

On the topic of seats and Lexus crossovers, Mark Templin, executive vice president, Lexus International made a very interesting comment yesterday about the Lexus line saying “We intend to take advantage of the growing compact crossover SUV segment and expand our SUV line-up in the future.” We read that as a confirmation that the Lexus RX 350 will grow to be a “5 plus 2” seat vehicle at some near-future point in time. That would be a simple modification to that hugely successful vehicle. Lexus knows that is where the biggest buyer-pool is after the compact LF-NX and it needs a longer vehicle to compete there than its lower volume GX. Look for the GX to morph into a direct Range Rover type vehicle that is equally capable off-road as on race-track to continue to satisfy that fantasy world buying group we talked about above.

Those of us that enjoy spirited driving still have fingers crossed that the Lexus 3.5 liter V6 may find a home in that RAV 4 derived engine bay, where it has happily been before. Why should BMW X3 335i and Porsche Macan drivers have all the fun? NX 350 F-Sport anyone? The LF-NX will most likely be renamed the NX 300h and marketed as a production vehicle in the spring.