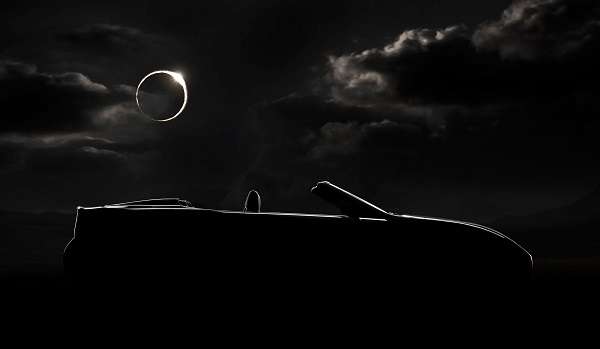 We suspect this is the updated IS 350C and that it will share many of the updates that car has yet to see.
Advertisement

Lexus will reveal a new convertible concept car called the LF C2 at the upcoming Los Angeles Auto Show. This new concept helps answer a lot of questions that Lexus fans have about the future of open top GTs within the Lexus line. After seeing the concept, we think that the car may be an update to the IS convertible line and will most likely be based on the present IS convertible and RC coupe.

Lexus IS 250C and IS 350C
Lexus’ only current convertible is the IS 250C and IS 350C, which launched in late 2009 as a 2010 model. I own one of the first IS 350s made. The cars are relatively low volume and finding a 350 is difficult even “on-season”, which is early spring through late fall. The IS 250 has the weaker V6 engine and smaller brakes. Otherwise, the cars are pretty much identical. A few months back Lexus confirmed that the IS 250C and IS 350C would continue forward as 2015 model years. They are currently the only Lexus cars not to have received the updated spindle grill treatment. That is good or bad depending upon your view, but every Lexus that got the treatment increased in sales. Some doubled in sales (IS sedan, GS, etc.).

Lexus LF C2 Concept
As a five-year owner of an IS 350C, when I look at the photo above I see my car’s profile. If I am correct and this convertible is based mostly on the IS convertible we can expect to see a similar rear end, similar sides, but with more sculpting and the new Lexus front end.

Our Guess On LF C2
The present RC 350 uses the center section of the IS convertible and also uses the rear suspension setup of the IS sedan, modified to fit the car of course. The front of the new RC is mostly the GS equipment updated in 2013. None of this should surprise anyone. Every automaker uses shared platforms and components now. We suspect the drivetrains will continue unchanged and the transmissions will move to the 8-speed rather than the 6-speed, which most of Lexus GS and IS cars with rear-drive now use. We may also see the new 2.0-liter turbo in the car. It will be a shame if Lexus plants the ‘250 V6 in the car as it is simply outdated, underpowered and lowers Lexus standards. The RC line does not offer the ‘250.

As of now much is not known. Some publications have reported that the RC convertible was “shelved.” Perhaps, but call it what you will, if Lexus is bringing out a new convertible we bet that it and the RC will have a lot in common. After the reveal on the 19th, we will update you.

Related Stories:
Lexus IS convertibles to move to the new RC coupe platform by 2016
If you love the 2015 Lexus IS 350C or IS F do not watch this video