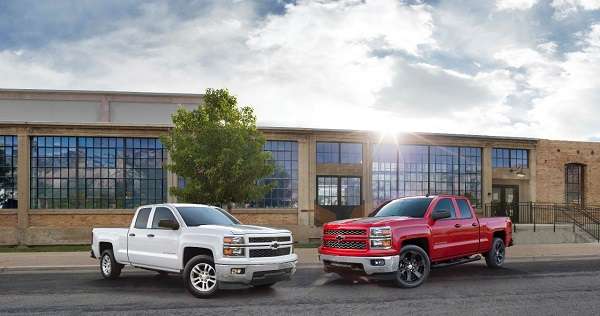 One cause for the economic troubles some U.S. automakers faced in the past was too great a reliance on trucks for profits. Guess what?
Advertisement

Some key automakers in the US market are trending back to the bad-old-days when the only profitable vehicles they made were big trucks. General Motors, Ford, and Fiat-Chrysler Automobiles U.S. (FCA US) are all again primarily relying on profits from trucks they sell in the U.S. market to pay the bills.

The Economy is cyclical, and sadly some of the economic mistakes the U.S. makes are too. Not long ago, less than a decade ago, in fact, the three automakers we used to refer to as “Domestic” or as “U.S. Automakers” found themselves losing money on cars. A reliance on profits from trucks proved an unsound financial strategy when the economic disaster circa 2008 occurred. Ford pawned its logo and anything else of value; GM was bankrupt in June of 2009, and the company sometimes called Chrysler was unprofitable and without help was worthless to any possible investor.

We’ll use General Motors as our example, but Ford and FCA US are in the same boat according to a report done by Reuters we spotted at International Business Times (IBT). The sales disparity of trucks vs. cars at GM has been reported on widely, but Reuters dug deeper and found profits the real issue. In recent months trucks, vans, and large sport utes, all of which share their major components and are often built on a common platform, have grown nicely at GM. In March, the grouping was up about 14%. Good news. However, car sales have nose-dived at GM. Car sales were down by 21%. This trend has been going on now for many months.

Reuters says that outside the US, where GM doesn’t sell nearly as many trucks as a percentage of sales as it does in the U.S., the company only breaks even. It does not profit from selling cars. In the U.S. market, truck sales boost profits, and the company made $2.2 billion. Ford lost money outside the U.S. but made $1.34 billion to cover almost a half-billion in losses. The IBT story says that FCA US relies heavily on RAM and Jeep sales for profits.

The Reuters story also mentions that the Japanese automakers are doing better partly because of a favorable value of the yen (lower). However, it is important to note a huge difference between companies like Toyota, the world’s most profitable automaker, and some others. First, Toyota now makes most of the vehicles it sells in the markets they sell into. For example, all of Toyota’s top models like the Camry, Corolla, and all of its trucks, are made in the North American market for sale to its customers there. So a favorable yen is not really the reason Toyota is doing so well. What is the reason? Toyota’s cars are profitable. And unlike almost all other large automakers, Toyota is selling more cars month after month and has stabilized its truck sales by limiting production capacity. Honda doesn't sell any trucks in the US market at this time.

GM actually used a headline that should raise some eyebrows when it reported its US sales in March, saying "Pickups and Crossovers Drive Best Chevrolet and GMC Truck Sales in March since 2007." Kurt McNeil, General Motors’ U.S. vice president of Sales Operations says this heavy reliance on trucks for sales was not an accident. He was quoted in the GM sales results press release as saying, "Higher demand dovetailed perfectly with the launches of our new full-size pickups and large SUVs. Low fuel prices and the successful launches of the Chevrolet Colorado and Trax made us even more bullish." He went on to point out that this was all part of GM's careful plan, commenting that "Our foresight and disciplined approach to incentives is being rewarded with very strong truck sales and record average transaction prices.”

Dave Suton wrote on September 12, 2015 - 9:21am Permalink
Really? are you including Lexota and scion with toyota sales? Because both of those toyota brands are built in Japan. And scion sales have been in the dumpster for years. Which import loving coast are you guys writing from?