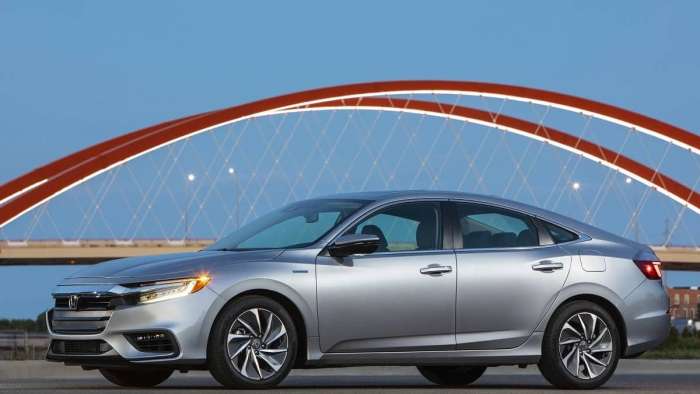 It may seem crazy, but Honda is quitting on the Insight Hybrid as gas prices surge. Here’s the full plan.
Advertisement

Gas prices are through the roof in America and green vehicles of all types are in such huge demand that dealers are marking them up as much as $10K over sticker price. Used hybrids are among the fastest-selling, and most valuable on the used car market. And yet, Honda has decided to discontinue building its Insight Hybrid in Indiana by June. The Insight was Honda's most affordable electrified vehicle on sale in America. Ironically, Honda says this is all part of its master plan to “...reduce greenhouse gas emissions through electrification.”

Related Story: Hottest Selling Used Cars In America Are All Hybrids and EVs

Honda followers will remember that Honda also “killed” the Clarity plug-in hybrid almost as soon as the Clarity rose to be a top-selling electrified vehicle in America. Honda seems intent on removing from the market any successful green car it builds.

However, Honda does have a plan. No, not that plan you read about to sell "attainable" General Motors-sourced green vehicles at some distant point in the future. The plan we are referring to relates to much more practical, and Honda-built hybrids.

Honda says that it must kill off its Insight in order to create space on its Indiana production line for a future Honda Civic. A Honda press release states, “As the next step in Honda’s electrification strategy in North America, the company will focus on increasing hybrid volume of core models - CR-V, Accord and, in the future, Civic. To make room for these moves, Honda will conclude Insight production in June.”

For those who don’t track Honda models closely, the Insight is basically the same car as a Honda Civic. Same approximate size, same design language, same parts, and the Civic will most likely use the Insight’s hybrid technology in whole or in part. Unfortunately for Honda car buyers looking for a 50 MPG four-door, the Insight must die so that the Civic Hybrid can rise again.

The Insight isn't new to Honda. The first Insight appeared a quarter-century ago and was a rival to the Prius for a while. Honda was off and on with the Insight, skipping some model years. The current generation Insight returned to the market in 2018.

Honda has started to fall behind Toyota in hybrid offerings in noticeable ways. There is no hybrid Odyssey or Pilot. Honda also lacks any battery-electric vehicles for the North American market. Honda had a Fit EV, but - you guessed it - Honda killed it off. Hopefully, the time gap between the Insight ending and the Civic Hybrid starting won’t be very long. Gas prices don’t seem to be getting any better, and may well get worse.

Image of Insight by Honda