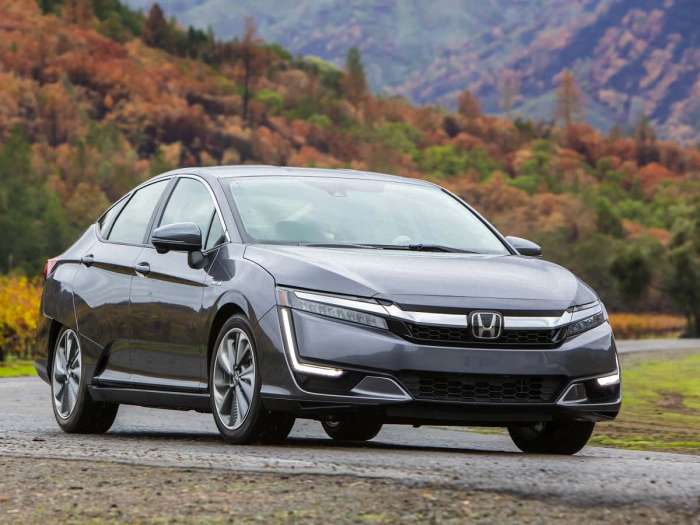 Honda's new Clarity has continued to climb in sales. This past month it was America's top-selling affordable electrified vehicle model.
Advertisement

Honda's Clarity family of EVs was the top-selling model among all affordable electrified vehicles in October. With sales of 2,100 units, the Clarity passed the Toyota Prius Prime for the first time. The 2,100 units include both the Clarity Plug-in Hybrid Electric Vehicle (PHEV) version of the car sold nationally and battery electric vehicle (BEV) cars leased by Honda in the state of California. Honda does not break out the separate trims, but estimates are that the Clarity PHEV accounts for about 90% of these unit sales. 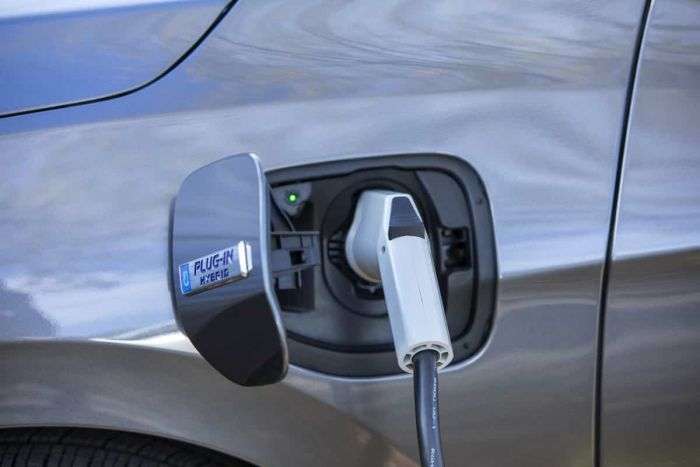 The Prius Prime is still holding strong at the 2,000 or so unit level it has now maintained since February. Year to date, the Prius Prime is way ahead of the rest of the affordable EV pack with sales of 22,524 units. The Prime is also the number two-selling electric vehicle in America overall.

The Chevy Bolt had a good month of sales and nearly upset the Clarity win for the month. Inside EVs estimates that Chevy sold 2,075 Bolts in October. Chevy no longer provides monthly sales reports, but rather just quarterly.

With two sales months left in the calendar year, the Clarity is in position to finish second overall for the year in sales of affordable EVs. Presently, the Clarity with its annual sales of 13,567 units trails the Chevy Volt by about a thousand units overall.

Tesla's luxury Model 3, which starts at around $46K before incentives, is the top-selling EV overall.

Honda Clarity Quick Facts
The Honda Clarity line entered the U.S. market near the end of 2017. Sales have rapidly accelerated. The five-seat Clarity is a bit smaller than a Honda Accord inside and a bit bigger than a Civic. After federal tax credits, state rebates, and dealer discounts, the Honda Clarity PHEV starts at under $19K in EV-target states like Massachusetts. 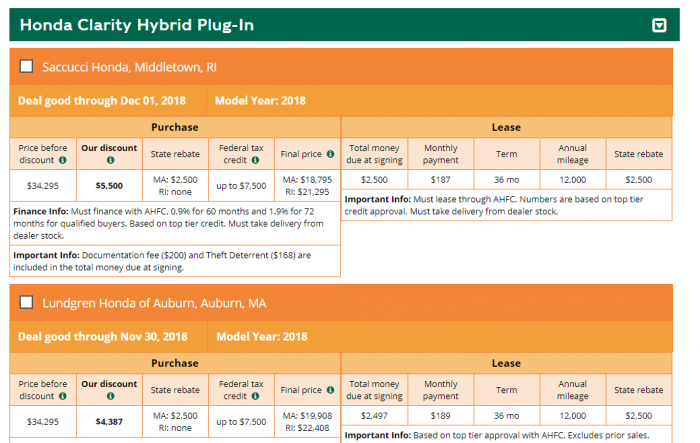 Joel Bell wrote on November 27, 2018 - 11:15pm Permalink
Glad to see the Clarity PHEV doing well. I bought my Clarity PHEV 4 months ago and have thoroughly enjoyed the car. FINALLY, an affordable, midsized, roomy Plug-in Hybrid EV with real EV range, not the teasing EV range other PHEVs have. And this one has a good sized trunk, too! I commute in 100% EV mode every day of the week, yet I can go anywhere at anytime with this car thanks to the HV capability. No EV range anxiety, no planning for charging locations and layovers. I also like that I can have it maintained and serviced at Honda dealers nationwide. My only complaint is with Honda dealers, LOL. I test drove Clarity PHEVs at 3 dealerships. The first two wouldn't charge the car up enough so that I could test drive it in EV mode. That's crazy. The 3rd dealer had a touring model that was fully charged and the EV driving experience sold me. Love the instant torque of the electric motor! I bought the car that afternoon. Can't say enough good things about it. I hope it does well.