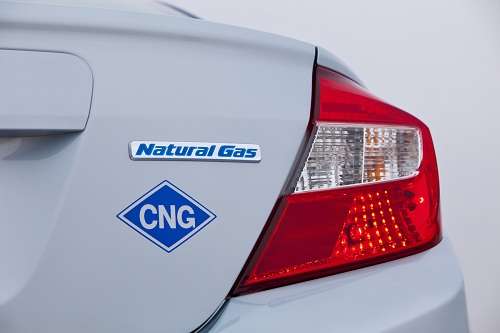 There is no other car in America that has as many green powertrain options as the Honda Civic. Yes, the Civic has taken some lumps recently for being a bit less responsive in its handling, and some have taken issue with its modernistic styling that is now starting to look a little dated (ironic). However, one thing is not in dispute. The 2012 Honda civic has a green car option available for a very wide range of green car buying tastes.

Civic Cream of the Crop
KBB’s editors used a summer treat as an analogy to describe what impressed them about the Civic saying "The Civic has long been the vanilla ice cream of compact sedans; it's easy to fall back on due to its remarkable reliability and exceptional value. But for 2012, the Civic has evolved into more of a Neapolitan option as it presents a choice of three different engine types: gasoline, natural gas and hybrid gas/electric. Considering all of them achieve nearly 40 highway mpg or better, the Civic is an excellent choice no matter what flavor you pick."

Most Prolific Natural Gas Car
The Civic natural gas car is the US’ most prolific CNG passenger car. Available in 38 states it offers a car that uses fuel produced domestically that emits less carbon dioxide than an equivalent gasoline powered car. With natural gas prices dropping and gasoline prices continuing their steady climb, the Civic natural gas car may also make sense economically for some. That it is the cleanest internal combustion engine certified by the EPA gives it significant green credentials. This Civic also has the lowest annual fuel costs of the Civic line according to www.fueleconomy.gov.

Hybrid Without the Pain
The Civic Hybrid is one of the more mainstream hybrids in the US market. Unlike many of the early hybrids, it looks almost identical to any other compact sedan, and also drives that way. The fact that it can achieve a combine 44mpg puts it into a class by itself. Few other cars offer so little sacrifice to achieve this mileage.

Sleeper Green Car
One of the most overlooked Civics is the Civic HF. Although not often found in big numbers on dealer lots it is part of the Civic Lineup. This conventionally powered, gasoline engine Civic uses many of the tricks employed on hybrids, but without the complex dual-mode drivetrain. The HF can achieve 41mpg highway, almost unheard of highway mileage for a gasoline power car of any size.

The Civic has long been known for its high scores on quality surveys and crash tests, but it is the broad range of green powertrain options that earned it a spot on KBB’s list of 10 green cars in 2012.