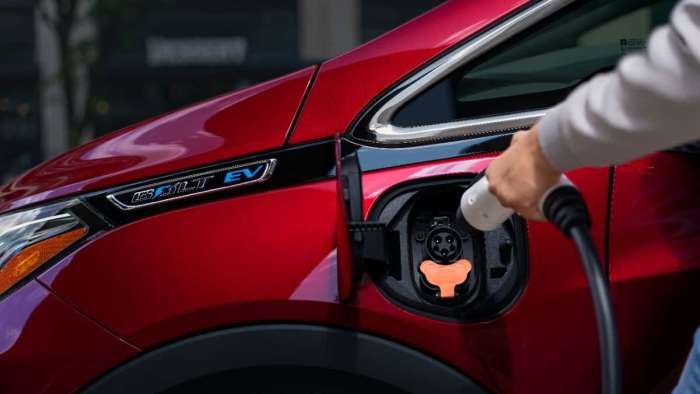 General Motors is offering Uber drivers a significant discount on the cost of a new Chevy Bolt battery-electric vehicle. We reached out to one Uber driver we often refer to for information on both subjects for comment.
Advertisement

General Motors is making Uber drivers an offer on electric vehicles that is hard to ignore. The company has announced that it will offer its coveted employee discount pricing to Uber drivers nationwide to help rideshare providers go green. As it turn out, Torque News is lucky to have a rideshare provider and expert on green vehicle adoption as part of our network. We reached out to Jesse Rudavsky and asked him how he felt about this program.

First, a bit about Jesse Rudavsky. He is among the most ardent supporters of green vehicle adoption in America. Jesse doesn't talk the talk, he walks the walk. He has owned and operated as a rideshare driver some interesting green vehicles. Included are multiple Prius cars in which he has travelled about 1 million miles. He has also recently employed a Honda Civic Hybrid with a manual transmission as a rideshare vehicle. In the past, he has used Altima hybrids and Sonata hybrids. Jesse works on his vehicles himself, going as far as repairing batteries and doing work most mechanics would find challenging.

Jesse also acts as an advocate on social media. He is the founder and admin for some popular electric vehicle clubs and he is also the President of the New England Electric Auto Association. In these roles, Jesse takes considerable personal time to help educate rideshare drivers and the general driving public about the benefits of green vehicles.

We asked Jesse to tell us what he thought of General Motors offering discounts on the Chevy Bolt battery-electric vehicle to Uber drivers and he told Torque News, "I am happy that GM is extending their electric vehicle discount to Uber drivers. With a range of 258 miles, the Bolt electric vehicle has more than enough range for the daily use of most rideshare drivers. Fuel costs are one of, if not the biggest, expense for an Uber driver, and GM is making it easier for drivers to save fuel. I hope other manufacturers follow suit."

We were fortunate to have Jesse to reach out to to validate the importance of GM's commitment and offer to help make Uber rides a bit more green. Our thanks to Jesse Rudavsky for taking the time to comment.