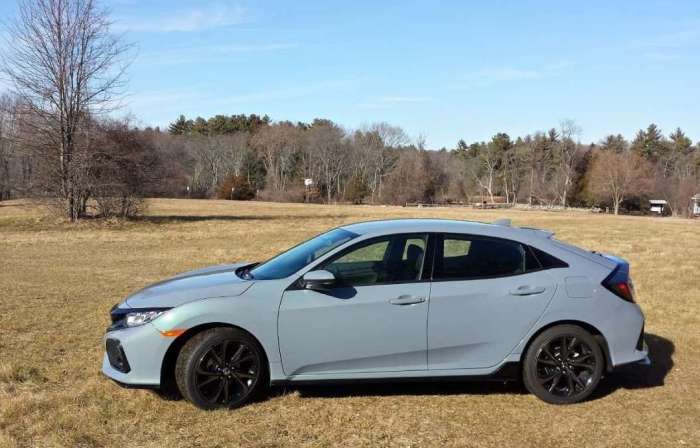 Here's How To Save Up to $2,000 On a Used Honda Civic, Chevy Silverado, or Nissan Altima

Used car prices are up due to recent market upheavals. However, a new study points to one place where deals are still being offered.
Advertisement

Recent changes to the new and used car market have used car shoppers finding prices rising steadily. Particularly among the most desirable models like the Honda Civic and Nissan Altima. Dealers and private party sales are among the most expensive ways to shop.

Related Story: Choosing a Rental Car At the Airport - Try The Chevy Impala

However, a new study by iSeeCars.com has found that where you shop for your used car can make big difference in the price. The study found that ppular used car models like the Honda Civic, Nissan Altima, and trucks like the Chevy Silverado, can be found at significantly lower prices from rental car companies.

“As contact-free online dealers have gained popularity as a safe alternative to traditional dealerships, and as struggling car rental companies unload their inventory, consumers might be considering these alternatives to traditional brick and mortar dealerships,” said iSeeCars Executive Analyst Karl Brauer. “It’s important that used car shoppers compare prices across these types of dealers if they want to get the best deal possible on a used car.”

Among the best deals were the Chevrolet Silverado 1500 and the Honda Civic. These are two of the best selling vehicles in America and both are popular used vehicle choices. The Silverado can be up to $2000 less expensive when purchased from a rental car dealer versus other methods. The Civic, up to $1000 less.

“Because rental car companies buy their cars at a high volume and at a discounted rate, they’re able to sell these vehicles for less to consumers, and they price the vehicles to sell in order to move their inventory quickly,” said Brauer. “Additionally, rental car companies are also more likely to discount their vehicles given the financial hardships they are facing from the COVID-19 pandemic.”

Related: Choosing A Rental Car? Here's Why The Nissan Rogue Crossover Is The Perfect Pick

Not all vehicles analyzed were less expensive from rental car dealers. For example, the study concluded that the Toyota Corolla, and GMC Sierra were best purchased fomr a local dealer or private party.

Rental cars have a reputation for being abused by those who rent them. This is no secret. iSeeCars noted the possible limitations of buying from a rental car company. “Rental cars typically have higher mileage and more wear and tear because they have had many drivers who may not be as careful with the vehicle as they would be with their own car,” said Brauer. “Rental companies also typically buy the base model of a vehicle, so consumers who want higher trim levels may have difficulty finding the specific version they want.”

Would you consider a rental car as your next used car purchase? Tell us why or why not in the comments below.

Joe Refuerzo wrote on September 21, 2020 - 2:48pm Permalink
Which major car rental companies have Honda Civics, or any Honda cars. I thought Honda does not sell fleet cars to car rental companies.
John Goreham wrote on September 22, 2020 - 9:44am Permalink
Excellent question Joe. We circled back to our friends at iSeeCars. They agree that in general Honda does not push fleet sales via its corporate office as some manufacturers do. However, its dealers can make such deals. Enterprise is one company that does offer Hondas for sale from its fleet. You can view a link here. https://www.enterprisecarsales.com/list/used-honda-vehicles-for-sale/ When I input my zip code, the site shows me Hondas for sale. In fact, the Accord, Fit, Pilot CR-V, and Civic are included. Thanks very much. Your question helps to make this story stronger. ps - You have to cut and paste that link. Our comments do not support direct links.