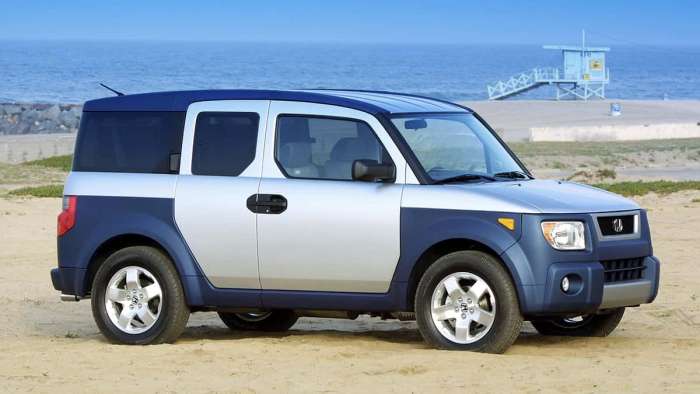 One of the vehicles we miss is the Honda Element. Here’s why.
Advertisement

The Honda Element was a uniquely shaped and uniquely equipped vehicle. Part crossover, part van, and part Honda genius, few vehicles earned the level of love from owners that the Element did. The original Element in years 2003 and 2004 has earned a five for five scores on Consumer Reports’ Owner Satisfaction Index. In its final year of production in 2011, the Element earned a higher owner satisfaction score (4/5) than the 2011 Honda CR-V (3/5).

Need more proof the vehicle is loved by owners? There is a Honda Element owner fan club on Facebook with 10,700 active members. How about sales figures? In its first year of sales, Honda had hoped to sell 50,000 Elements. They sold 67,000 just in the U.S. For some perspective on how big a number 67,000 unit sales are, that number is more than the combined sales of the Tesla Model X and Model S combined in 2018. Over eight years of production (with the last year being artificially low in volume by Honda’s choice), Honda sold 325,000 Elements. Thus, the Element averaged over 40,000 units per year in sales. Contrast that with the new Honda Clarity which has averaged about a third of that sales rate in its two years of production. 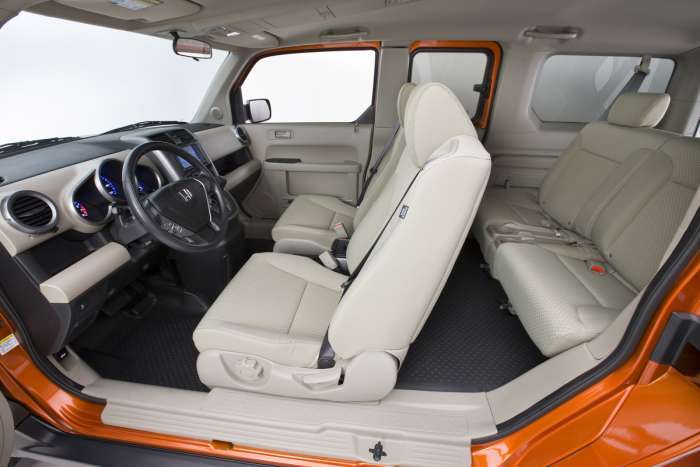 Owners of the Element loved it for many reasons, but its unique practicality was its main virtue. The Element was a “two-plus-two” vehicle with a rear bench seat that could be removed, leaving behind a flat floor and a cubic storage area perfect for camping, pets, hauling bikes, and anything an owner could think of. Accessing the interior was also uniquely easy. The side rear doors opened backward, creating a huge opening. 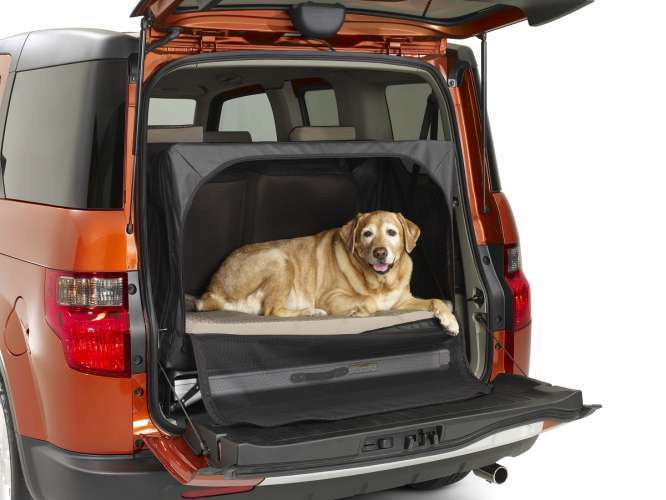 Dog owners, in particular, seemed to gravitate to the Element. In 2007 it was named the Dogcar of the Year winner.

Another reason owners loved the Element was its all-wheel drive system. The Element was a true all-road and all-season vehicle without being an SUV. Adding to the drivetrain’s enjoyment was a five-speed manual transmission in most years that could be combined with AWD. 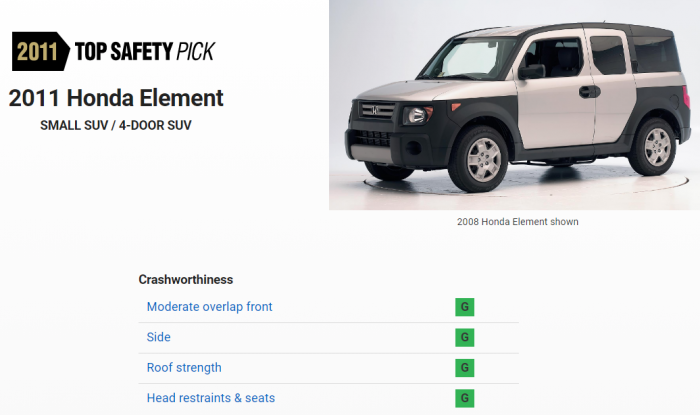 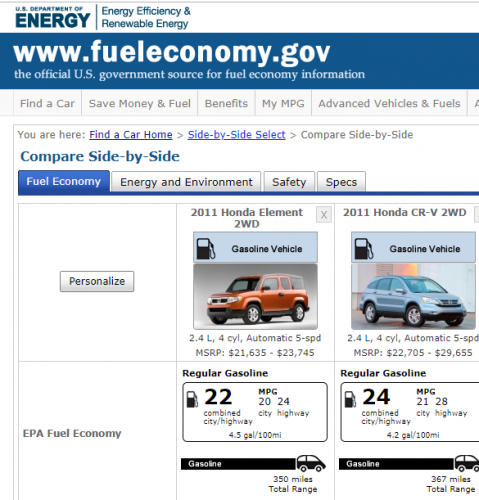 Despite the Honda Element’s squared-off design, it was pretty frugal with regards to fuel for its time. It earned a 22 MPG rating in 2WD in 2011, compared to the CR-V’s 24 MPG.

If you miss the Honda Element, please tell us why in the comments below.

Our thanks to Honda America for their help with the archive images shown in this story.

Tesla Giga Berlin's New Hurdle: It's Not Only the Gov't, but Now Tesla Itself
Teslas Are Sold Out Until 2023, But The Timing May Reverse
END_OF_DOCUMENT_TOKEN_TO_BE_REPLACED