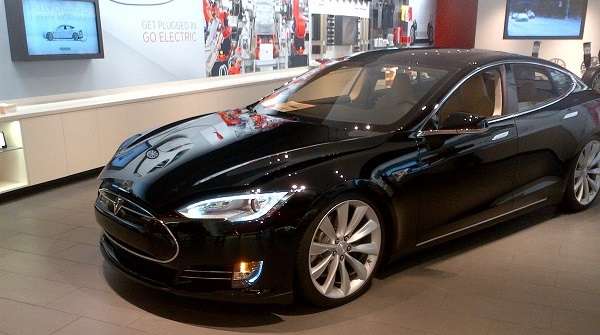 The Tesla Model S is now undergoing the strictest safety testing in the U.S.
Advertisement

Tesla Motors has long claimed its Model S sedan is one of the safest cars in the U.S. marketplace, but it has yet to be tested by the Insurance Institue For Highway Safety (IIHS). That is about to change. Torque News learned today that IIHS has obtained the four new Model S vehicles it needs to conduct a full round of testing and that the process in now underway.

The Tesla Model S is a full-sized luxury car that sells in relatively low volumes. We don’t mean this as a dig against Tesla; we are not shy about that, but we mean that the average of about 2,000 cars Tesla sells in the U.S. each month is much lower than, say, a typical popular compact crossover, which now sells in the approximately 30,000 unit range. Compact and midsize sedan models sell in the 25,000 per month range and trucks top all of these numbers. Russ Rader at IIHS has told Torque News that the relatively low volume and relatively high cost (about $70K to about $130K) of the Model S have been the reasons the Institute has not tested the car up until now. Put plainly; IIHS does not have the capacity to test every vehicle every year. Therefore, it tests those models most likely to be in the hands of a consumer.

IIHS is not funded by the U.S. taxpayers, but rather mainly by large insurance companies. Each full test requires four identical vehicles. This is because the small frontal offset crash, moderate frontal-offset crash, roof crush test, and side impact test destroys the vehicle, rendering it unfit for any other test. The testing will cost IIHS about $300,000 just for the cars. Prior to destroying the cars, IIHS tests for other factors such as forward collision prevention effectiveness and headlight effectiveness.

It is not debatable that the Tesla is a safe vehicle. It has proven itself to be. However, all of the cars in the full-size luxury category are also safe vehicles. The testing IIHS does helps consumers to understand how safe a vehilce is compared to its competitors in its segment. (More on page 2)
- Click here to learn what it takes to earn IIHS top test score

The Model S is an outlier in one sense. It competes with other green cars as well as luxury sedans. Many Model S owners are prior Prius owners, or owners of other electric vehicles. We know this, because when the Model S was new to the market, we conducted a poll asking new owners what they previously drove. Unlike the Model S, the Toyota Prius is a very high volume car. Prius has been tested by IIHS, and it earned the Top Safety Pick Plus designation and the Prius V also had one of the highest headlight safety scores of any vehicle tested to date. Just this week the Chevy Volt also earned the Top Safety Pick Plus safety designation for the first time. The Nissan Leaf has been tested and is not a Top Safety Pick for two reasons. First, it did poorly on the small frontal overlap test, and second, it does not offer any forward collision prevention system.

By being tested, the Tesla Model S can now earn its safety reputation in a more formal way. Expectations are that the Model S will do well on all the tests conducted. We will be watching for its score on the difficult small frontal offset crash and its headlight score. Those are the two areas that other models have had difficulty with in IIHS testing.

Editor's Note: Torque News was granted approval by IIHS to reveal the information in this story.
Photo Note: Image by John Goreham

Torque News has comprehensively covered Tesla Model S safety since its launch. Here are some prior stories and reports:
- Three common safety features Tesla Model S must add now
- Deaths in Tesla Model S crash might have been prevented by common
safety system
- Tesla Model S gets lane departure warning, plus a curious feature
-Tesla Model S safer than any car ever tested by NHTSA

Kerry Carter wrote on September 15, 2016 - 2:26pm Permalink
It will come out as the safest car you can buy. Unless big oil or car dealers are involved!!