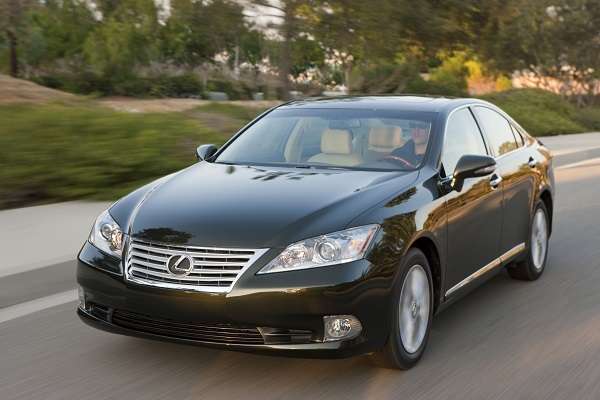 Look past the headline and one will find that the most important reason Toyota and Lexus' durability ratings are so important has to do with volume.
Advertisement

J.D Power & Associates released the results of its 2017 dependability study this week. This is the 28th consecutive year the group has done the survey of customers and Toyota and Lexus dominate the list. Lexus has a score that cannot be beaten and Toyota has the highest score of the volume manufacturers. Volume is an important part of why Toyota and Lexus' scores are so important.

Does it really matter what the quality of a specialty car like a super-powerful sports coupe is? Of course, to the tiny number of owners it does. But think about it in terms of the overall automotive market. How many of us will ever own a Porsche? Tiny Mazda's Miata outsells every Porsche car model many months of the year. And what about super-expensive large SUVs? They get a lot of press, but many of the "Most desirable" models sell at less than 1,000 units per month, while more popular models like the Highlander and RAV4 combine to sell 50,000 per month to everyday American families. Which matters more to the driving public?

What really matters is the quality of the cars, crossovers, and trucks that most of us will actually own. Here Lexus and Toyota absolutely dominate in durability according to the J.D Power & Associates customer survey results.

In terms of overall sales in the luxury and premium markets the two top selling segments are both led by Lexus models, the ES 350 sedan and the RX 350 midsize crossover. In both cases, the top-rated vehicle for durability is the Lexus model. Lexus also takes the second largest luxury car category, the midsized sports sedan segment with a top-rating for durability in the Lexus GS model. The top-selling premium vehicles are Lexus and they are also the top rated for durability. The only segment Lexus does not have the top rated premium vehicle is compact premium crossover with the Lexus NX. Why? Perhaps because the survey looks at 2014 model year vehicles and the Lexus NX was brand new to the market that year. Give it a year and let's see how that model does.

Toyota's segment wins are even more important. Toyota's Camry is the top-rated vehicle overall for durability and it is the top-seller in the largest sedan segment for sales volume, the midsize car class. Toyota also has the most durable green car, the Prius, which is also a high-volume vehicle for Toyota. Toyota is in fact, the only car maker with a high-volume green car. Perhaps the durability is why?

Other important segments like the compact SUV and midsize SUV segments are topped by Toyota models, though the RAV4 does have some work to do to become a top-rated vehicle for durability. The Toyota FJ Cruiser is now discontinued, though it still won the class.

Full-size pickups, called "1500s" by many who follow trucks, are now the second highest-volume vehicles in America after compact crossovers. Toyota didn't top this segment, but it did come in second. Toyota's Sienna, a sales volume leader in minivans, is also the top-rated minivan for durability.

Our point, if it is not obvious, is that Toyota's durability tends to go where it counts most - into cars, crossovers, and trucks that we American buy the most. Something to keep in mind when other brands boast of their segment wins. A low-volume specialty car win is not nearly as significant in the broader picture as building a reliable vehicle that literally ten times more Americans rely on to get to work.

You can drill down into the more detailed segments and individual model results of the new J.D Power & Associates Vehicle Dependability Study here.

Mark Day wrote on February 23, 2017 - 1:29pm Permalink
"Perhaps the durability is why?" Durability/reliability first, everything else is secondary...
Chris wrote on February 24, 2017 - 10:05am Permalink
Soon Toyota models like the Corolla, Yaris will be bad in terms of durability, due to the DREADED. CVT TRANNY, it breaks, no repair kit and it costs up to tripple what a regular tranny goes for, it is a non rehusable piece!