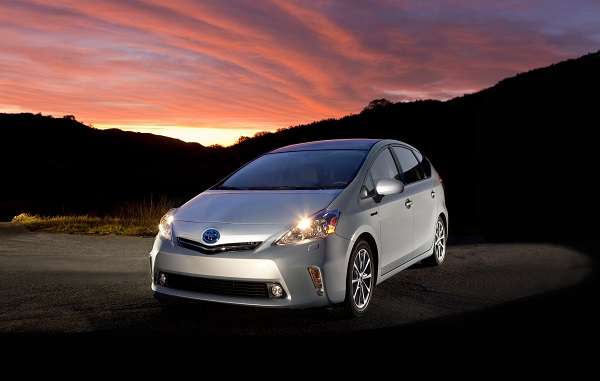 Toyota has been sued once again by a law firm that recently settled a case against the automaker for $1.8 billion. This one will be much smaller in scope, but could signal the start of a landslide of similar cases.
Advertisement

Toyota has been sued in a class action suit over its pre-collision system. The law Firm of McCuneWright, LLP, announced October 8th that it has the filed a nationwide class action under the title Lee v. Toyota Motor Sales, U.S.A., Inc. in California. The suit alleges that Toyota misrepresented its forward pre-collision system’s effectiveness. Pre-collision systems are the newest safety marketing tool making headlines. Our recent overview explained how the systems work, and how the Insurance Institute for Highway Safety (IIHS) test and then rank the systems.

The basis of the suit appears to be the test done by the Insurance Institute for Highway safety. IIHS tests cars and the automakers frequently brag about their high ranking on the tests’ results as part of their marketing. They are less boastful when the tests do not go their way. The announcement made Tuesday says that in the IIHS test summary the following damaging statement was made by the testers; " The Toyota Prius V wagon, which claims to have autobrake, had minimal braking in IIHS tests and currently fails to meet NHTSA criteria for forward collision warning. It doesn't qualify for an IIHS front crash prevention rating."

On its sales website, Toyota has a section for the safety features of the Prius V. In the summary of that it makes no mention of the pre-collision capabilities of the Prius V. If a reader clicks the “More Info” tab a specifications page opens. Near the bottom of its page the PCS is listed as “available as part of a package” on just the Prius v 5 (wagon). There is a note and in the note text Toyota says “The Pre-Collision System is designed to help reduce the crash speed and damage in certain frontal collisions only. They are not collision-avoidance systems and are not substitutes for safe and attentive driving. System effectiveness depends on many factors such as speed, driver input and road conditions. See your Owner's Manual for further information.”

If we are reading the suit announcement correctly, the suit is for one of the packages available on just one of the Prius v models, which is part of the overall Prius family. The announcement made no mention of the possible number of affected buyers. This suit cannot have a very large population of people involved. However, it does mark the start of a possible litigation landslide over such systems.

McCuneWright, LLP is no longer on Toyota Christmas card list after the company led the recent class action suit over unintended acceleration. That suit and issue, much like the similar Audi hysteria of a few decades ago, was resolved financially, rather than technically. No single mechanical or electrical (or pneumatic, or hydraulic, or spiritual) cause was identified. The suit was settled for $1.8 billion US dollars. The announcement today says that the central point of that prior class action suit had to do with lack of a brake override. It should be noted that all manufacturers suffer cases of unintended acceleration and at the time of the suit Toyota was not the only car maker producing vehicles without brake override systems. This case should not be confused with other individual wrongful death cases concluded separately.