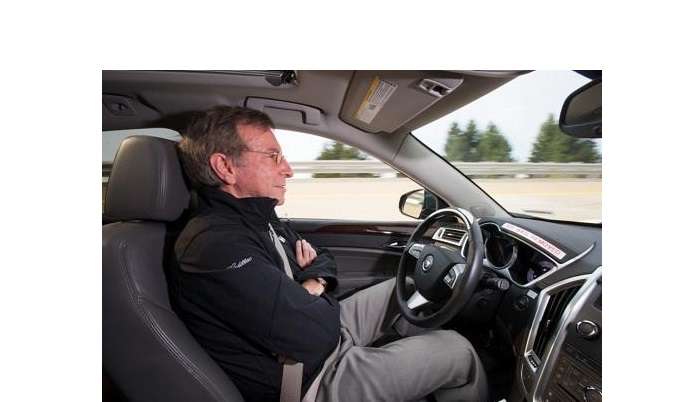 After more than five years, Cadillac's autonomous super cruise system is ready to roll out.
Advertisement

Cadillac has announced its autonomous driving system, called Super Cruise, is finally ready for sale. According to Cadillac, the system will first appear in production on its CTS (which barely sells) this fall. After that initial installation, we would expect Cadillac would spread the technology to its better-selling crossover, the XT5.

Cadillac says that Super Cruise is unique in the emerging autonomous vehicle marketplace because it utilizes two advanced technology systems — a driver attention system and precision LiDAR map data. The system is designed to work hands-free on 130,000 miles of limited access, divided freeways in the U.S. Here is Cadillac's Super Cruise in action.

"We are proud to work hand-in-hand with government officials to continue to develop new technologies that will define the future of transportation in the U.S.," said de Nysschen. "It's especially fitting to kick off this drive in New York City, the home of Cadillac's new global headquarters, and we're honored to have the support of New York Governor Andrew Cuomo and Lieutenant Governor Kathy Hochul, both of whom foster New York's leadership in innovation and cutting-edge technology."

Catching Up To Tesla's Autopilot?
Will Cadillac's Super Cruise be viewed as a similar system to Tesla's ever-evolving Autopilot? It is too soon to say "yes" to that, but those buyers who were already looking for a large Cadillac sedan with limited autonomous driving will certainly be of that opinion.

One of the earliest reports on Cadillac's autonomous driving technology that later evolved into Super Cruise was written by our own Keith Griffin in April 2012. At that time, Cadillac expected the technology to be ready "Mid-Decade." We later followed up in April of 2013 after a new Cadillac press announcement on the technology. Cadillac isn't the only automaker whose announcements were a little premature. Toyota once announced it would have autonomous cars on the road by 2016.