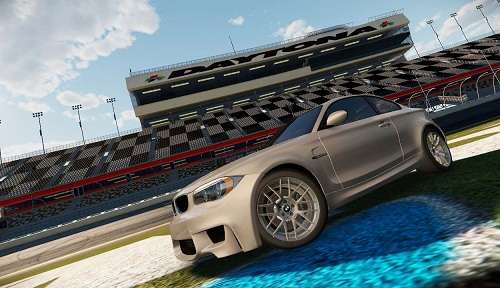 BMW has partnered with British video game creator, Eutechnyx, to develop a new virtual driving experience called the Auto Club Revolution. As a partner from the beginning of development, BMW built the experience around its popular track models the 1-Series M Coupe, 135i, M3 Coupe, and Z4 M Coupe. Hoping to make the experience more than just another racing game, BMW envisions the experience evolving to become a forum for motorsports fans, manufacturers and enthusiasts world-wide.

Links to BMW’s sales channels will bring customers to BMW. Eutechnyx is also the creator of NASCAR, The Game 2011.

Interestingly, the game heavily favors the BMW 1-Series Coupe, which has completed its production run and is no longer being made. Could this signal that rumors of the 1-Seires M’s death are greatly exaggerated? It would seem so if one looks more closely at the game.

Part of the game features an exclusive “BMW Experience” that allows the user to show off their on-line driving skills with the 1-Series Coupe (only). After developing a record with the car, that information can then be carried over to the main game for free. This heavy focus on a car no longer in production seems to indicate a future return of the enthusiast’s favorite model. Doug Wolff, the Team Lead for Auto Club Revolution is quoted as saying To reproduce the handling of the BMW 1 Series M Coupé in Auto Club Revolution in an authentic manner, we first took it out on the real racetrack. That is the only way to know exactly how the car corners, for example,”

To play the game, one needs only an internet connection and a PC. The game goes on sale today, April 24rth.

With this new game comes hope the beloved 1-Series Coupe will make a return to the marketplace sometime soon.