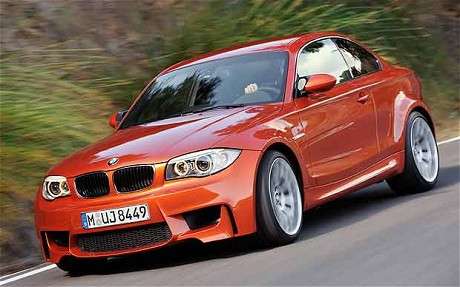 BMW has quit taking orders for the 1-Series M Coupe and production will end this summer on the least expensive M-badged model. So why did BMW decide to pull the plug on what should have been a successful model?
Advertisement

Here is some bad news for the fans of the smallest and most affordable M model in BMW’s portfolio. According to Motor Authority, BMW has stopped taking orders on the car, and production will end this summer after current orders are filled. While the decision by BMW is not a surprise, it will likely disappoint many as the M model was the least expensive M-badged model from BMW but able to deliver incredible performance.

That should have been a good recipe for success for BMW, but the car was produced for just one model year. We are not exactly sure why BMW made the decision to pull the plug on production of the 1-Series Coupe, but one thing is for sure, it will become a sought after model by collectors. It looks like it’s too late to order one, so if you have one in your garage, you might want to park it and keep it as a good investment.

While the 3.0-liter twin-turbocharged engine has respectable horsepower and torque, it’s by no means exceptional for an M-car. But what appears to be a downside for the 1-Series M ends up being one of its greatest strengths. As reported by Inside Line, the car feels much quicker than what the numbers would suggest.

There is a reason for that and Inside Line put the M Coupe on a dyno to see just how much horsepower is transmitted to the wheels. The figures measured by Inside Line were 326 bhp and 362 lb/ft at the wheels. But all manufacturers quote horsepower figures at the flywheel. That would mean the results show the 1-Series M Coupe tested on the dyno, is actually producing well over 400 horsepower.

With these resources, the Bavarian model sprints from 0 to 60 in 4.7 seconds and achieves a top speed of 155 mph. It’s reported that the 1 Series M managed to beat the M3 E92 at the Hockenheim circuit by obtaining a lap time of 1:14.1 being 0.1 seconds faster than its bigger brother.

While there are no official details explaining why BMW wants to end the production so early, some rumors claim the new tighter regulations in terms of pollution, will make the engine ineligible. If you can find a 1-Series M Coupe for sale at a decent price, you better buy it.