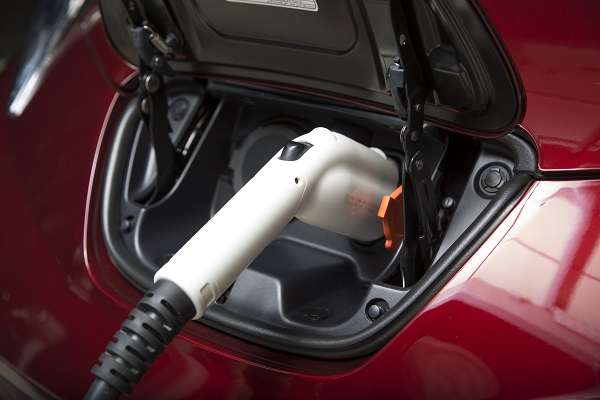 Battery electric vehicles are running at less than a third of one percent of U.S. auto sales year to date.
Advertisement

By our count, automakers have sold roughly 2.5 million vehicles in the U.S. through the end of February. Our tally of the number of battery electric vehicles (BEVs) like the Tesla Model S and Nissan Leaf sold year to date is about 7,000. We have not counted vehicles that can use gasoline to drive the car directly, or charge a battery pack. Add those in and the number is roughly double that or about 14,000 vehicles overall. We rounded up to get the 0.3% number for the BEVs.

Note that the BEV percent number is not a single percent, but rather, a fraction of one percent. In order to surpass the one percent of vehicle sales mark, BEVs would have to roughly triple or quadruple their sales rate. As time goes on it is getting harder for BEVs to reach this mark, not easier. Having been on sale for about six years in the U.S., electric vehicle sales grew from 2010 through 2014, but have plateaued. By comparison, vehicle sales, in general, have been growing strongly year over year.

As new electric vehicle models are added to the fleet helping sales, some previously strong sellers like the Nissan Leaf are way off their prior highs in terms of sales. The Leaf, which was recently refreshed, has sold less than 1,000 units in each of the past two months. At its peak back in mid-2014, the Leaf was selling nearly 3,000 per month. Tesla’s Model S is running at a little less than its 2015 average sales rate of 2,000 units per month. However, that model could jump up in any given month to about 3,500 units if Tesla opts to make more of it and less of the new Model X, which has had an extremely slow launch and is only selling at about a 350 unit per month rate so far (and that’s being generous). The BMW i3 which is available in BEV and also extended-range EV versions has died on the vine with sales down to about 200 units per month after having sustained a pace of nearly 1,000 units per month for well over a year.

Most automotive analysts and EV advocates point to low gas prices as the main reason EV sales are down, and that is hard to argue. A gasoline-powered hybrid like the Prius now has a lower cost per mile for energy (fuel) than does an EV according to the EPA. So what could boost EV sales? A successful new model affordable to the masses. Chevy's new 200-mile range Bolt could succeed, but would GM build it in big numbers or just enough to meet its CARB mandates? Tesla Motors also plans to announce a more affordable vehicle this month. However, the plant at which it plans to build its battery is still under construction, and Tesla's workers walked off the job site this week. They will return eventually, but it is hard to see how battery electric vehicles get to the one percent of U.S. sales rate in calendar 2016.

MichFin wrote on March 3, 2016 - 1:03pm Permalink
Tesla has proven that the electric car is superior to the gasoline car. It quiet, smooth, fast and cheaper to maintain. The only problems left are price and charging infrastructure. Both are on their way to being resolved... so when that happens the question will be who wants a gas car.
Rich wrote on March 4, 2016 - 5:33pm Permalink
There are several factors at play. 1) low gas prices are impacting sales 2) Low inventory levels for the Nissan Leaf and BMW i3 have no doubt caused a drop in sales 2a) The new 2016 Nissan Leaf was released late in 2015 and inventory has not built up. 2b) Rumor - BMW will be increasing the battery capacity of the i3 by 50%. Inventory levels are low which seems to support the rumor. 3) The Chevy Bolt is announced to release by end of year. There will be a lot of people who hold out for a year to get double the range for the same price (including me). The Tesla Model 3 reservations are opening up this month and some will wait 2+ years for their next BEV. 4) The very small market segment willing to pay $37K for an 84 mile range electric car has reached saturation and BEV sales won't recover until the next generation cars with double range for the same price are released (Nissan Leaf v2, Chevy Bolt, Tesla Model3)
Rich wrote on March 6, 2016 - 12:28pm Permalink
Hi John, would you please send this to the site owner/administrator and not post this to the article. The site contact page is not functioning. The captcha is throwing an error - "ERROR for site owner: Invalid domain for site key". Good afternoon, I hope all is well. I read torquenews once in a while. One of the main reasons I don't come more often is the limited user comments functionality. Would you please implement Disqus into your site. I think you'll find your user participation will increase 10x to 10000x more than you have today. I'm sure you're aware that user feedback will bolster SEO page ratings resulting in higher traffic. I enjoy reading EV news and really enjoy the functionality of Disqus when integrated with EV "news" sites. Tourquenews.com current user interaction mechanism is very limited. For example: I've written several responses to articles on this site. One of the latest responses I've written has yet to post to the article. The response was entered yesterday. From a user perspective, this makes me think the site is limiting the opinions to only those in agreement with the author. Limiting opinions will choke the life out of the site. I highly recommend the site automatically accept all comments and the staff clean up spam/advertising posts after the fact. I would never stop a user response because of a differing point of view. Full disclosure - I have no affiliation to Disqus or any other angle where I gain/profit from the addition of Disqus to your site. Good luck! -Rich
Ray Cardona wrote on March 6, 2016 - 5:49pm Permalink
Gentlemen, this is an endurance race, not a sprint. In historical records of most technological advancements, there are highs and lows as both consumers and corporations, realize what works and the cost. First of all, hardly five years have passed since the Volt and the Leaf arrived for anyone to buy past the compliance models sold in California and other states. Next, as Tesla has shown, to enter a market with a set range based on commuter assumptions, the case in the Leaf and Volt as to the 35 miles of the commuter's range in the USA, and then have Tesla show that 240 miles is possible with a battery pack and then a supercharger station deployment nationwide, the rules change quickly. Then, there is the "invisibility factor ((IF)." That is, manufactures do not advertise and dealerships, who make more money from other models sales and service, do not promote the vehicles, then, the majority of car buys do not know they exist. Enter the role of government, state and federal, incentives. In states with involved government as to tax breaks and installation of charging stations, EV's have been more successful. Of course, Tesla destroys this concept as it does not advertise but gets free publicity each day, both positive and negative and has no dealerships but sells only EV's. So, now, the first "waves" are past. The BMW range extender has issues. The Leaf has not progressed much in five years. The Volt has improved this year and is having great success. Tesla, again, improves the old models via the Internet. How can anyone compete against Tesla? Even the Bolt shall be, in my humble opinion, DOA for two reasons. First, the DC Fast Charging is not standard and GM is not installing fast chargers at dealerships. In fact, most Chevy/GM dealerships do not have public access charging units and the Tesla Model 3, with free Super Chargers access is going to be the car everyone with more than a basic knowledge of EV technology, shall want to wait and buy. The new Volt, in fact, may be a Bolt crash factor as Americans who pay for convenience, shall drive the Volt and rely on the engine rather than have a Bolt and have to wait for hours to recharge, to pay for recharge and to pay extra for DC Fast Charging. I have a 2011 Leaf that, not matter what, has a range of 60 miles. With DC fast charging available, this car meets my needs. I got it used and, combined with solar power, it is successful as to the goals I set out. I bet thousands are happy even with an I-Miev for that reason. So, what shall people buy in 2016 to 2019? We shall see.