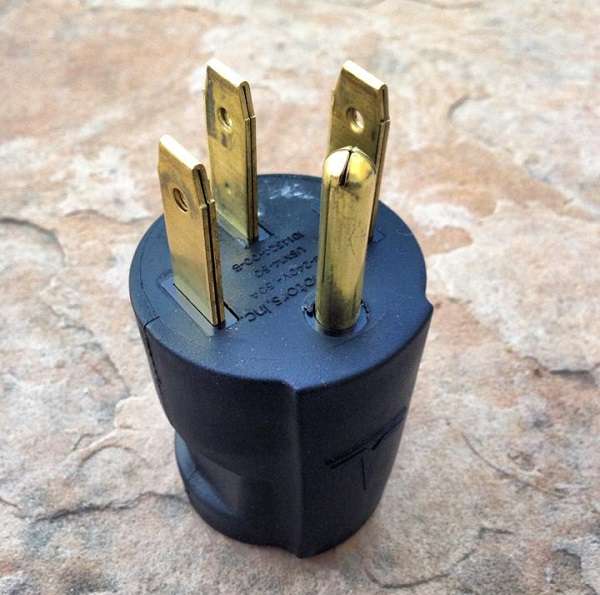 Now that he is a week out of the job, the top US auto regulator sees things Tesla’s way. Better late than never.
Advertisement

Recently, Tesla went through the formal recall process with the Model S over concerns that during charging in a location in which the home’s wiring is not properly done, the charging cord, and the home wiring may become hot, and possibly cause a fire. There was actually a fire, and some loosely defined number of charger components did fail due to heat. The lamestream media jumped on this and reported it in the most incendiary way possible, often with photos of fires as the lead picture. Other publications reported the event more factually. We think we did a good job with our report. Yet, some Tesla fans and owners reacted angrily and sent anger-grams to us and many other publications. Their main point was that since the cars did not have to go back to the service centers, the “recall” was not really a recall. Whatever. As of now the term is used by NHTSA regardless of if the car goes to the shop or not.

One of the most important people in the US auto regulation business agrees with Elon Musk that the term “recall” should be recalled. Bloomberg is reporting that David Strickland agrees with Tesla that the most recent recall (Tesla has had 2) could have been called something else. Except that in the US auto regulation business there is no other term. If only some top US regulator had thought to add one.

From 2010 until last week when he stepped down, the top US auto regulator was named David Strickland. Prior to working at NHTSA Strickland served eight years on the staff off the Senate Commerce, Science and Transportation Committee as senior counsel for the Consumer Protection Subcommittee. Strickland is quoted today in Bloomberg as saying “As much as Tesla disagrees and Elon disagrees with the characterization of a recall, I would have to say he’s partially right there. What people think of in terms of a recall is you get a letter from the manufacturer to bring your car in to the dealership. Tesla is able to change vehicle dynamics and make vehicle changes from the sky. You don’t have to impose an inconvenience on the consumer when that remedy comes in.” Where were you a few weeks ago with this idea David? In any case, he leaves out that Tesla is also replacing a part of the charging system for the third time to help keep it from overheating. The new connector will have a thermal cut-off (fuse). Still, the customers don’t have to come to the service center because the part can be mailed out.

During Strickland’s time at NHTSA Tesla had other events that prompted the automaker to make vehicle changes via their over-the-air telematics system. For example, after two Teslas struck objects on the highway, had their battery trays pierced, and then caught fire, the automaker modified all Tesla Model S cars with the adaptive suspension option. That option allowed the car to lower itself on the highway for energy efficiency, handling improvements, and overall awesomeness. Tesla changed them by reprogramming them remotely via the cars’ telematics system. Strickland might have taken note of this since it was the talk of the town. Had he acted then the second recall by Tesla may have been called something else.

The new administrator is David Friedman. He may be a little more progressive. He has been at NHTSA as the other David’s back-up guy. Prior to that his NHTSA bio says he spent 12 years at the “Union of Concerned Scientists (UCS) as a senior engineer, research director, and finally as the deputy director of the clean vehicles program co-managing an interdisciplinary team of scientists, engineers, advocates, and outreach specialists.” It would be hard to imagine a better job description to describe a possible EV advocate at NHTSA. Maybe he will add a term that will make the Tesla fans and owners happier.

Image is a photo from a Torque News reader used with permission. It is the UMC adapter that will be replaced.

Aaron Turpen wrote on January 22, 2014 - 2:57pm Permalink
Bureaucrats and politicians never admit to anything until they are outside of a position to do anything about it and can freely say things that won't likely impact them. At least this new NHTSA guy actually has some kind of background that fits the job instead of just being some ticket punching lackey who's risen through the bureaucratic ranks and schmoozed all the right people.
John Goreham wrote on January 22, 2014 - 3:38pm Permalink
Well said.
Parks McCants wrote on January 22, 2014 - 3:47pm Permalink
I've dealt with high voltage " arcing" as well as power cord meltdown and subsequent fire. Serious stuff. However, I believe that Musk has made a viable argument for the recall ( designation) name change. The responsibility should lay with the next O.C. millionaire the buys a Model S or any high voltage, fast-charge plug in EV. Call your electrician and spend the $1500 to provide a properly grounded high voltage receptacle for your personal charging station.
John Goreham wrote on January 22, 2014 - 4:02pm Permalink
Good comment. Thanks. Did you have that happen on an EV charger or other electrical mishap? The sad thing for the OC owner that had the fire is (they say and we believe) they had a licensed electrician do the install. But there was no permit or subsequent inspection.
Parks McCants wrote on January 22, 2014 - 4:47pm Permalink
Good day John. I lived off the grid for several years with an integrated solar panel array/ diesel generator. I've experienced a handful of overcharge, under sized cable and wire meltdowns. No doubt, the problem would fall back on the licensed electrician. He's responsible for signing off on the service connection. Good luck to all...