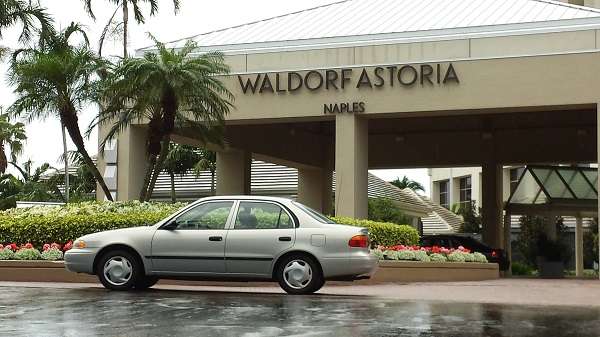 Are you as loyal as a Corolla owner?

The real reason for the 2014 Toyota Corolla's success can be found not on the specifications sheet or window sticker. To really understand why so many people buy these cars we need to travel back in time.
Advertisement

To truly understand why Toyota sells so many 2014 Corollas one must understand the Corolla’s legacy. Auto writers from magazines sometimes get it right, but most often they peg the Corolla, even the new 2104, as a boring vehicle that isn’t for them. That is missing the point entirely. Cars that cost about $21,000 fully loaded with the vast space and incredible fuel economy a Corolla has are meant to be great, honest family transportation, and the new Corolla is that in spades. They are not meant to be curve hugging sports cars that attract dates.

In order to get a little more of an understanding of the 2014 Corolla and why people buy it over and over again, we dug deep and spent a few days driving the 2001 Geo Prism. The Geo Prism was a Chevy product that was a rebadged Toyota Corolla. After a series of terrible products in the 70s and 80s my family, starting with my grandmother, vowed never to buy a Chevy again, after having done so for about 25 years. After quitting Chevy and owning a number of Toyotas, the family was willing to buy a Geo along with Chevy’s crazy discount schemes, knowing full well it was a Corolla. That is how my grandmother came to own a 2001 Geo Prism.

It was made in the New United Motor Manufacturing Plant (NUMMI) in Freemont California during the time the plant was a joint venture between GM and Toyota. The UAW hated that plant and Toyota was not very fond of working with the union either. The factory closed in 2010. Before it closed, Toyota and GM banged out hundreds of thousands of economical, fuel sipping and utterly reliable family cars based on the Corolla. The NUMMI plant that used to make huge numbers of economy cars now makes a tiny number of Tesla Model S electric super-sedans. The plant is a highlight of the US government’s artificial electric car economy and is a great reminder of the difficulty of income redistribution in America. Where economical family cars were once made by union workers who could easily afford the cars they made, now cars exceeding $100K are made.

Driving around ritzy Naples Florida in a Corolla one is also reminded of the two Americas. No place else in America seems to so perfectly interweave these two Americas as Naples. Drive your 12 year old Corolla or Prism to dinner on Fifth Avenue and if you choose to valet the car it will receive the exact same treatment as the brand new Maserati sedans. That is to say it will quickly be moved to the lot to make room for the fancy cars. Those being convertible Bentleys and real Maseratis (convertibles with Ferrari 8 cylinder engines). In fact, if you ask around, many of the residents of Naples have a fancy luxury car and also an economy car. Say a Jaguar and a Kia. Or an Acura and a Prism. Those are two real examples in our family. These people are often snowbirds who still have the habit of keeping a beater car to preserve the fancy one.

Speaking of driving around Naples, the one thing that differs there from all of New England is that the traffic is nearly uniform in speed. The roads are huge boulevards, the lights are long, and the intersections are designed with multiple lanes that turn together. There is almost no stoplight racing, and surprisingly, the older demographic there drives pretty quick. The 2001 Geo Prism I drove was next to a Bentley for about 15 minutes one day. We both stopped for gifts at Alvins and then later for gas at Hess. The Bentley didn’t arrive any sooner, and since the roads there are smooth as glass, no more comfortably. The Prism feels just fine around town. One notable event did happen while I drove. The odometer switched from 13,999 to 14,000. I took a picture.

Although the car has been driven just about 1000 miles per year, it has never had any real issues. The paint looks great despite many years of baking in the sun. It isn’t garaged and sits in the elements unmoved for 6 months per year. It has been through a couple hurricanes. Some of the door seal trim did get toasted and fell off, but the car works fine without it and it was not replaced. The headliner glue also suffered a bit. The dash is crack free and the steering wheel as well. The condition of the car is amazing if you think about it.

The navigation system and the power windows will never fail in this car. That is because there aren’t any. Nor are there power seats. There is AC and it bangs out cold air at 12 years old like new. The HVAC controls even have these amazing rotary dials that fit the hand as if made for a hand. The radio is like that too. There is a knob to turn it on and then adjust the loudness. To change the station there is a knob or buttons one can preset easily by simply holding them when the station one likes is playing. Amazing. Ford should copy this.

My father (a former union man) and mother (also a hard worker) now own this car and their neighbors are jealous. As soon as they got it when my grandmother passed they started getting offers on it even though it has never been for sale. They sold a similar Prism they owned that had a lot more miles on it and the person who bought that car was extremely happy with it and waved and smiled when they passed for some time.

Having spent time in the Prism/Corolla this week and also having driven the 2014 Corolla about as much as any journalist has, the lineage is apparent. What really strikes me though is that autowriters and marketers still think that people are buying about 240,000 Corollas per year because they have features comparable to the competition or a price that seems similar. That has so little to do with it. The real reason always goes unmentioned. The reason that so many 2014 Corollas are being sold goes all the way back to the 1970s and the “domestic” automakers utter failure to keep car customers happy. Toyota (and Honda) stepped in in the 1980s and offered an alternative, and generations later the families that made the switch are now as fiercely loyal as any NASCAR fan. They just don’t talk about it as much.

Tim wrote on December 16, 2013 - 10:53pm Permalink
The Geo Prism was a great car to buy used. They were dirt cheap because Geo / Chevy had a terrible rep and most people didn't realize it was mostly a Toyota. I own a NUMMI Vibe which was cheaper than the Matrix. Problem is the things that break or wear out are all GM parts or "Uncle DELCO". I never got a feel for the GM vs. Toyota content on the Prism. The Vibe is mostly GM on the interior. The body, drive train and harness are all Toyota. Don't like the Aisin auto trans though. Had one on a Volvo that was a real PITA and the one in the Vibe is starting to throw codes.
John Goreham wrote on December 17, 2013 - 7:51am Permalink
Thanks Tim. Indeed, they used car value of these cars is one of the clues that they were really great.