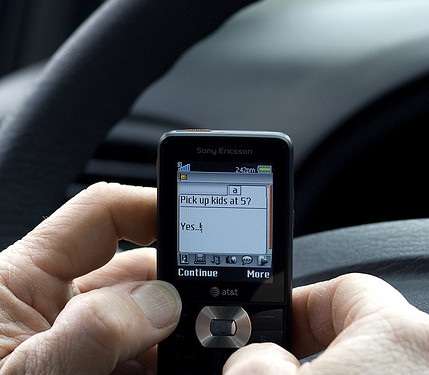 US roadways safer, but do cell-phone bans help

To listen to television news one would think that SUV driving teens are cutting a swath of destruction across America while using their phones. The truth is a little less scary. Traffic deaths have been in decline for years, and according to an analysis by the Insurance Institute for Highway Safety (IIHS), traffic deaths are at an all-time low. At the same time cell phone usage has gone up significantly. Many assumptions about cell phone usage prove untrue when studied scientifically.

The reason for the apparent contradiction may be how we tell ourselves we behave. Many accidents reported by local news outlets focus on the dramatic hot-button words to grab attention. For example “SUV crashes into house, driver dies.” Rather than wait a day for the police report to gather all of the facts, the news will rush the story to TV and show an SUV against the side of a house with steam rising from the radiator. The media will use the buzz word “SUV” and imply that the vehicle type was the cause of the accident and imply that the driver was killed by his vehicle. A closer look might have revealed that the crash was caused by a driver who died of a heart attack and coasted into the side of a home. That is far less interesting so the story is reported quickly.

The same type of reporting can drive public opinion about cell phone use, and laws that result from the opinion can be less than helpful. For example, in order stop the carnage we hear reported daily regarding cell phone usage, politicians, with support from public opinion, have enacted enact bans on just hand-held phones assuming that the holding part of the task must be to blame for the trouble. In fact, studies have shown that areas where hand held phones usage is banned do not have a reduction in crashes, even though observed phone usage is shown to decline measurably. Some crashes may have been avoided by the ban, but data is not conclusive due to other factors changing such as increases in miles driven.

Another misconception about “vehicle related deaths” is that they are deaths of people in crashes involving cars only. However, 13% of deaths were actually pedestrians hit by some type of vehicle, primarily in urban areas. Interestingly, nearly half of all pedestrians killed were older than 16 years of age and legally drunk when they were “killed by a vehicle.” The implied assumption when we hear that a “pedestrian was killed by a vehicle” is that the driver of the vehicle is to blame, not the pedestrian. The facts may not bear that out.

More laws that may not work as intended are in the works. In 2010 209 pedestrians killed were children. We know that of these 59 were infants. Thus 150 children who were not infants were killed by being hit by a vehicle. Only some of these were hit by a private vehicle in reverse. Despite this tiny number, NHTSA has proposed that all new vehicles have a back-up camera. Will this stop the problem? Or will the cameras have the same effect that cell phone bans have had?

Our roads are safer than ever despite high profile phone laws that don’t seem to be helping.

Image of Driving and Texting by Oregon Department of Transportation: Flickr

Aaron Turpen wrote on March 26, 2012 - 11:07am Permalink
We all know that the best way to deal with a problem is to throw more laws at it. It's tradition.