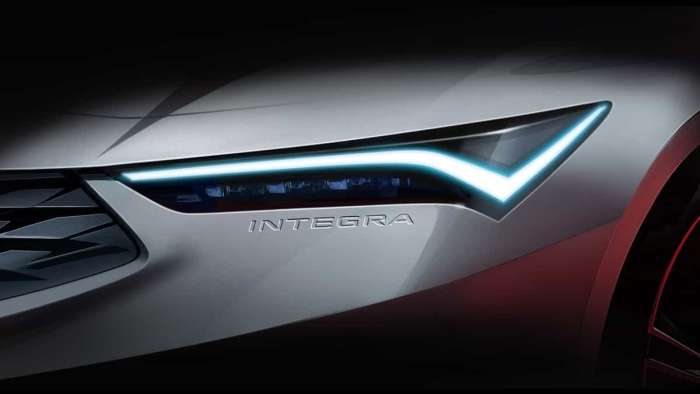 Acura is building an all-new generation Integra. Here is how we’d build an Integra for the modern age.
Advertisement

Acura is set to reveal an all-new generation of the legendary Integra. If you weren’t a young adult in the 1990s you may not know that the Integra was once the hot car for up and comers during that era. It had engine technology that nobody had seen before in a small coupe when it debuted. The Integra was an attainable premium sports coupe (can we please forget the sedan?). The Integra was quick, fun, and it felt like it was higher in quality than an equivalent Civic. I should know. I lived in a household with both a Civic SI and an Integra when I was a young adult.

Acura hasn't told me or any of the media what the Integra will be yet. Just this quick preview quote: “The Integra is back,” said Jon Ikeda Vice President and Acura Brand Officer. “I’m thrilled to say Integra is returning to the Acura lineup with the same fun-to-drive spirit and DNA of the original, fulfilling our commitment to Precision Crafted Performance in every way – design, performance and the overall driving experience.”

A Modern Integra
Heading into the middle of the 2020s, should Acura simply grab parts from the Civic line, add some microfiber suede for the seats, pop in two additional speakers, and call it a day? Heck no! Acura should lead the industry by introducing us to the world’s first affordable compact sports coupe with a plug-in hybrid-electric powertrain.

Acura wouldn’t have to go far to find the basics of what this would take. It has already created the world’s best plug-in hybrid sedan, the Clarity. Ditch the Clarity’s normally-aspirated engine and replace it with the Honda 1.5 turbo. Connect the turbo to an upgraded version of the Clarity’s hybrid drive and make it all work using the company’s imagineers. It could be done.

2022 Integra 0-60 MPH Times
Let’s keep the Integra affordable and forget about all-wheel drive. Make it front drive. Torque won’t be a problem with both a turbo and also an electric motor. The real challenge will be putting the power to the ground. Shoot for a sub-six second 0-60 MPH time.

2022 Integra Drive Modes and MPGe
Let the Integra operate as a hybrid or as an EV. Have a Sport Mode for both hybrid and EV mode, and don’t try to squeeze every MPGe out of the car. Size the battery so that it will qualify for some corporate welfare (excuse us, EV incentives) and give it an all-electric range of 50 miles. That’s a nice number because it means the BEV EVangelists have to scratch their heads as to why anyone really needs a longer EV range than that. Remember what they used to tell us about the average miles driven per day? 75 MPGe seems like a nice efficiency target. About triple what most sporty affordable coupes manage.

Integra Infotainment And What To Leave Out
Here’s what not to put into the Integra: A CD player, SatRad, or terrestrial radio of any type. Nobody who buys this Integra listens to music that way. Also, please skip the $1,400 native navigation option tied to an all-glass roof that will make the car slower and handle worse. Design the Integra’s infotainment to work around wireless Android Auto and Apple CarPlay and put a wireless device charger in every trim. This is what everyone under 30 wants, and what no automaker has yet to give them.

If you want to know what the “new” Integra will really be, check out this article by my fellow Integra driver and friend, Kamil Kaluski. I’m still hoping Kamil is wrong and the new Integra will be a unique and exciting small coupe with amazing efficiency and performance attainable by young up and comers. Maybe Kamil and I will both be wrong. Perhaps Acura will blow both of our minds and make the Integra a BEV with a $30K cost point, rather than the next Civic with Ultrasuede seat trim. What's your guess and your wish for the next Integra?

DJ wrote on September 14, 2021 - 6:37pm Permalink
Great article, if only Acura SEO'd this thread. This really takes me back to when I first noticed cars PERIOD. Even the name sounded cool... I'm glad I found this site and agree with almost everything you mentioned, but my wishlist includes AM/FM/CD (nostalgia wins here), a zippy automatic version (for us clutch-chumps) and customizable paint colors and an renoir lift-gate for a few $$$ more...