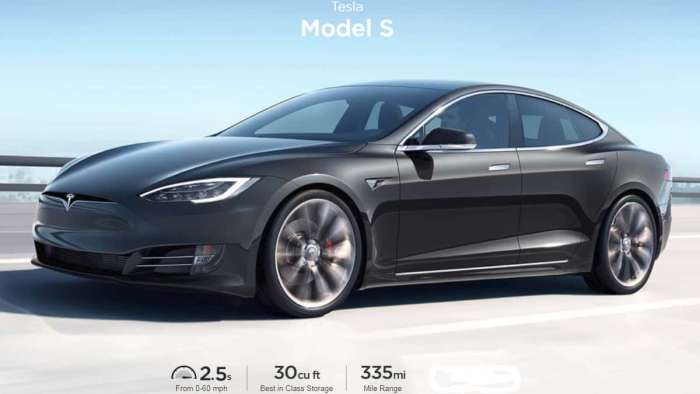 Almost two-thirds of electric vehicle tax credits were used by luxury car shoppers. A little over half went to Tesla buyers. 39% of all EV tax credits in 2018 went to one Tesla model.
Advertisement

The electric vehicle income tax credit, worth up to $7,500, is primarily used by wealthy buyers of luxury cars. In 2018 228,408 of the 361,307 electrified vehicles sold in American had a price tag ranging from about $45K to about $200K. Most of those sold in the range of about $50K to about $125K. Almost nowhere else in the incoime tax code is a tax break for the wealthy more explicit.

During the majority of 2018, the Tesla Model 3 started at about $50K before incentives like the $7,500 tax credit. This is not the only incentive for luxury EVs. State rebates are typically in the $2,500 range where the Model 3 was primarily sold. Some states, notably California, do limit the income of those who receive the incentives, but the federal tax credit has no income limitations. Billionaires can claim it. Millionaires can claim it. Automakers who arrange leases can also benefit from the breaks.

Tax breaks for green vehicles go all the way back to the Bush administration. The electric vehicle tax credit was made into law under the Obama administration and it was most recently continued as part of the current tax law under the Trump administration. Of course, only Congress can create tax law, and the most recent law was written during a majority Republican House of Representatives and Senate. Nancy Pelosi, then the Minority Leader of the House, and now Speaker of the House, called the tax bill that contained the EV tax credits, "Monumental, brazen theft from the American middle class and every person who aspires to reach it."

The tax breaks apply to all electrfied vehicles sold in the U.S., not just those made in America. Our estimation, having reviewed the sales and manufacturing locations of the EVs sold in 2018, is that approximately one-quarter of the American income tax EV credits were used by buyers of vehicles built outside of the United States.

Based on our forecast, the percentage of EV tax credits applied to luxury vehicles will climb to about 75% in 2019 and the percentage applied to Tesla vehicles will approach 65%. It should be noted that the individual value of the tax credits will decline for Tesla's buyers since the company earned sales that exceed the threshold for buyers to receive the maximum $7,500 credit. Each Tesla buyer will still benefit from a credit of between $1,875 and $3,750.

Related Story: America Now Provides Taxpayer Subsidies To Wealthy Buyers Of the Most Popular Luxury Car Sold In the Country