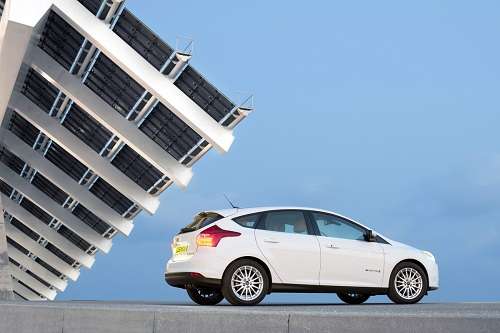 Some hard questions to consider, and fact based commentary to get us all thinking about what’s next for automotive propulsion.
Advertisement

First it was going to be hybrid vehicles. Then our government was all about hydrogen. That topic even made it into a state of the union address. Next it was electric cars or plug in hybrids. Part of the reason we keep changing our minds in the US about what we should do regarding cars stems from uneducated politicians trying to make policy decisions without the basic understanding of engineering required to grasp the concept. Do politicians really understand the best way to remove a gall bladder because they went to Harvard and Yale and studied history? Why then do they think their understanding of energy and engineering is up to the task of setting policy for 400 million Americans. Hubris. Ask any sitting politician if the room gets hotter or cooler if you open the refrigerator door for a while and he or she will get it wrong. It is that kind of inability to grasp the basics that causes much of the trouble. Here are 5 easy questions with complex answers to stir debate. If you thought the room got colder you might want to pay attention.

1) Do solar panel makers run their factories with solar panels?
The reason this question is important is because if solar panel factories are not being run completely on solar power then the idea that electric cars make sense is ridiculous. Follow the logic; If the solar panel companies cannot make solar panels strictly with solar energy, then it is obvious they are not generating more energy than they consume. Thus we would be better off without them in areas that already have electrical service. A small black box into which 10 units of energy go, and then returns 9 units is not a power source. Powering cars with coal or uranium is not sensible.

2) Do electric car owners heat their homes with electricity?
Here in the Northeast many areas do not have natural gas available. The only viable heating source for working people is oil. It is well known that heating one’s home with electricity is incredibly expensive. Why? Because with electric heat you are basically making a fire, boiling water, driving a turbine, sending electrons many miles (maybe hundreds of miles) through wires, during which the electricity is reduced by resistance, then you put big resistors in your home to get the heat back you made hundreds of miles away. Making the fire in your basement and then using the hot water or steam instantly is much more efficient and cost effective. The fact remains however, that most homeowners who use oil heat burn more oil in the basement than they do in their cars. So why not convert to electric heat if fossil fuels are the problem and forget about the electric cars? We already have electrical service to our homes. Space heaters are cheap compared to lithium ion battery packs.

4) Is the US a net petroleum exporter?
Don’t take my word for it, I am biased. Type the question into your favorite search engine and hit search. As you will find, all the major news outlets and even those that are favorites of oil-bashers and politicians who yell about “Energy dependence on rogue nations…” have reported that the US is now a net exporter of petroleum products. Not an importer - An exporter. That means we ship out more than we take in. Think it over.

5) Why is gasoline considered expensive?
Can a gallon of milk move 3 tons of anything 20 miles? A gallon of gasoline can. Can 2 bottles of Italian soda water in a green bottle possibly cost more to make and sell than a gallon of gas that starts as 1.5 gallons of crude oil at the bottom of the Gulf of Mexico? Do people who smoke cigarettes consider gasoline expensive? Even a pack and a half habit costs about $10.00 per day. That is $70.00 per week. Few people spend more than that on gas. Yet, 30% of American families have at least one smoker at home. Gas is dirt cheap, yet we crow about it like it costs as much as our cable bill. Let’s be truthful about what is, and is not, costly.

The reason the room gets hot when you open the fridge door and leave it open is that if you put energy into a space (via the fridge’s power cord) there is no way physics allows that space to get anything but hotter. Simple.

Nicolas Zart wrote on July 30, 2012 - 10:55pm Permalink
All great questions John, and all lead to the natural conclusion that there is no single solution. I know many EV drivers who use solar panels but use CNG to heat their homes. In a way, it balances the load intelligently and won't let the utilities run off with the idea we only need them. I guess the idea is to not do what we did this time around by throwing all our eggs in one basket, i.e. petroleum. I still think there are no single solutions but rather an intelligent mix and that lastly, until we have matter/anti-matter containment resolved, alternative propulsion will be done via batteries. And until that happens, I'll keep on watching Star Trek so that I can "see" what the next step is :)
Aaron Turpen wrote on July 31, 2012 - 12:19am Permalink
If by "battery" you include fuel cells, then I fully agree. I think fuel cells are a better solution for long-distance (over 100 miles, maybe 200 if batteries get better) and high-energy EV applications (heavy machinery, off-grid apps, etc) that need to be electrified. In the near future it's hydrogen, of course, but there are a lot of other options coming down the pike that could definitely change that. Star Trek is geek propaganda. You're better off reading Asimov and Heinlein. :)
Nicolas Zart wrote on August 5, 2012 - 6:00am Permalink
I love Asimov but Star Trek is a great vulgarization, easily accessible to all. As far as fuel cells, I think we concentrate too much on distance when practically, all the time we travel relatively little. The idea of fuel cells are OK, but battery technology is growing in leaps and bounds. Methane still is a good alternative.
Aaron Turpen wrote on August 5, 2012 - 11:57am Permalink
The "short range is all we usually use" argument gets old to people who live like I do: in an area with extreme temperature variances and where distance traveled per day is closer to 100+ miles on varied terrain and under varied conditions. The LA-centric mentality is why electric vehicles don't tend to leave the sunshine belt. Get this: my electricity is just over 3 cents per kilowatt hour. WAY cheaper than yours, I guarantee it. But I have zero access to electric vehicles with enough range and practicality to be anything close to useful. I often question the unknown source of this "majority of Americans drive under 20 miles daily" thing.
Nicolas Zart wrote on August 14, 2012 - 3:39am Permalink
That's true Aaron, but you're not the majority of the US population who drives less than 40 miles a day, remember 85%. For you a plug-in hybrid makes more sense, it's true. There's a lot of things we can question when it comes from "experts" and "official sources". Nonetheless, the one thing we can all agree on is lower emission, all emission, lower dependence on foreign energy and rebuild an intelligent economy based on actual needs, not corporation extrapolation of how they feel their profits should be.
Aaron Turpen wrote on August 14, 2012 - 3:42am Permalink
That oft-repeated statistic is based on one survey-based study of about 1,000 people, by the way. And the number was 79%, not 85.
Matthew wrote on August 2, 2012 - 10:30pm Permalink
Calorie for calorie, very little beats gasoline. If you take away conspiracy theory (big oil) then the market has already picked the most effective fuel: and clearly the most efficient. Until a radical energy generation technology comes to fruition, the current attempt to exchange electricity for fossil energy is scientifically and economically unsound... BUT it's a huge political winner, because it is a great way to spread pork and subsidies. We all know that. Great article!
Aaron Turpen wrote on August 3, 2012 - 12:05pm Permalink
Unless you factor in energy used to produce gasoline (oil extraction, refinement, etc). Then it begins to lose its appeal. Hydrogen from natural gas has a higher calorie count at that point.
John Goreham wrote on August 12, 2012 - 9:03am Permalink
Corect. Till you factor in the energy used to create the storage cells for hydrogen, or live with the leak rate of our universe's smallest element. :) Why not just use the CNG itself? Strripping H out of Nat Gas creates CO2. No way around it.
Aaron Turpen wrote on August 12, 2012 - 1:48pm Permalink
Burning it does as well. But, of course, you have to worry that CO2 emissions are important first. Which is a whole 'nother can of worms. By why not the best of both worlds? They're already showing that methane can be used in fuel cells, so why not store the NG, which is largely stable, and then use the hydrogen in it at the point of use? :)
Matthew F wrote on August 12, 2012 - 2:03pm Permalink
Actually, factoring in the "labor required to produce energy" is a non-argument, because you could always keep going back - to the energy required for a person to get up, eat breakfast, grow that breakfast, run the tractor that harvested the breakfast, created the steel that made the tractor, etc., etc., etc. I believe even Aristotle couldn't figure out who the Prime Mover was (:>) The key to energy policy is to keep to the essential matters: What offers the safest, easiest, cleanest and most economically viable fuel given basic ROI *at the point of consumption* for consumers. The cost at point of production only matters to the producer, and as long as they are generating a profit, it's evident to me that the cost to produce is lower than the cost to use as a primary energy source (minus subsidies for all). That's why shale has suddenly become "viable" while solar has not: Shale companies have figured out how to turn a profit and make the product commercially viable. Solar/wind, etc., have not.