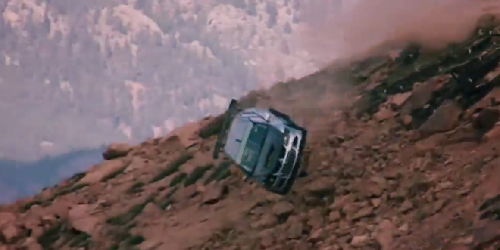 3 reasons why an electric vehicle can win this race

The 91st running of the Pikes Peak Race to the Clouds could be the first year and EV takes the outright win.
Advertisement

The annual Pikes Peak Race to the Clouds is this coming weekend and this could be the year that an electric car finally beats the liquid fuel entrants in this no-holds-barred race. Electric cars have been run by some of the world’s top teams and top drivers in the past, but an electric vehicle (EV) has yet to take the overall win. This could be the year and there are three reasons why an EV can win this race.

In passenger cars EVs are still at a sizable disadvantage in the marketplace. The three main design elements of an EV are range, cost, and performance. Cars like the Nissan Leaf have come close in price to their gasoline powered competitors, but they are not close yet in range. Performance is also very weak. Even the top end of the market, the Tesla Model S super sedan is not price competitive with its gasoline competitors, particularly without government price supports. However, the road used in this race to the 14,115 foot summit of Pikes Peak, with its 156 corners and 12.4 mile length may be the perfect one for an EV to show it is the best way to power a car when price and range are not part of the equation.

One major factor in the Pike Peak hill climb is the change in altitude. Gasoline powered cars and trucks loose power as air becomes less dense. That means the engines used in these race cars need to be turbocharged, supercharged, or both in order to compress the incoming air fuel mixture. Even with this forced induction, the fact remains that these liquid and oxygen fueled racers are less powerful at the top of the course than near the bottom. EV’s have no such handicap. They don’t rely on stoichiometry and thermodynamics the same way internal combustion engines do. They are just as powerful on the last quarter mile of the race as the first. Advantage EVs.

EV’s may also have an advantage in terms of handling. These are not production cars. They don’t need to be comfortable, or compliant. Since an EV is always usually heavier than a liquid fueled car due to its battery pack, the liquid fuel cars would seem to be at an advantage. However, with only 12.4 miles of battery on board, and with all that weight low on the chassis an EV can be made to have a low center of gravity, with all the weight exactly where the race car designer wants to put it. Properly designed, an EV is at least equal here. Furthermore, EVs do not need to shift. They can be designed with just one gear ratio. That means they don’t have to shift up and down as the car accelerates and decelerates in and out of corners. Drivers can just steer and push a pedal.

Cost is not a factor either. The teams that enter this race have unlimited funding. Unlike a production car, there is no need to shave cost anywhere in the design or execution of these racers. Therefore, with all of the disadvantages that come with an EV eliminated, or made a plus for the EV racers, this could be the year that an EV beats a liquid fueled car to the top of Pikes Peak.

LG's New EV Battery Plant Is a Welcome News for Tesla
Tesla Giga Berlin's New Hurdle: It's Not Only the Gov't, but Now Tesla Itself
END_OF_DOCUMENT_TOKEN_TO_BE_REPLACED