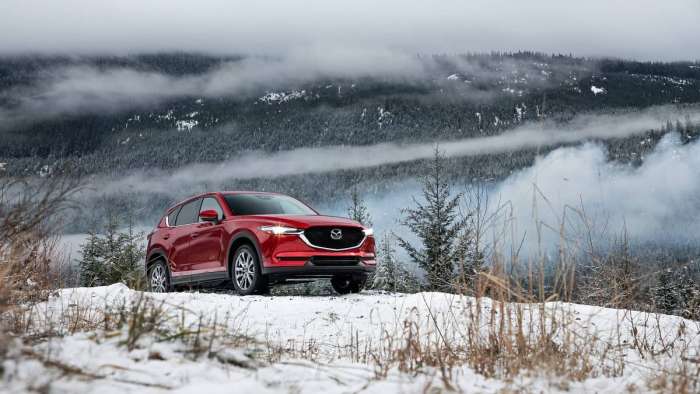 Mazda's changes to the CX-5 now place it squarely in the premium segment. Here's proof.
Advertisement

Mazda's new 2019 CX-5 may be the company's most important U.S. market product. In terms of sales, it is most certainly the company's most valuable product. For 2019, Mazda plans to initiate a program that will help Mazda move more formally into the premium space rather than the mainstream category. If you have read any of our Mazda vehicle reviews you know that we have been saying this makes sense to us and the products are certainly worthy. 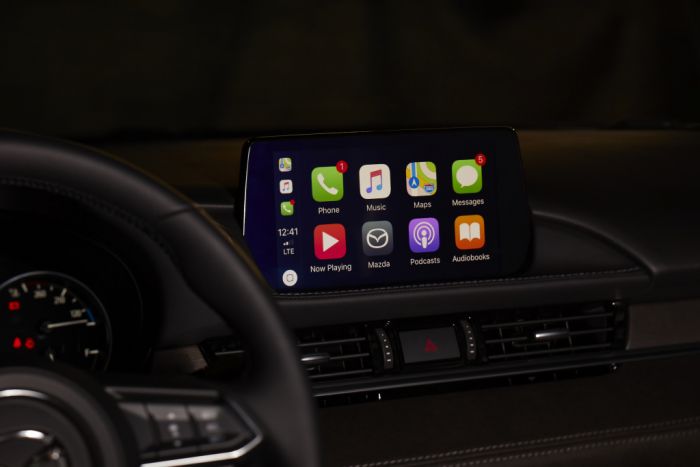 Prior to the changes Mazda made, we found the CX-5 from 2018 to already be a premium vehicle in many respects. The interior is clearly the equal of the Lexus NX. Frankly, the NX is having trouble keeping up. Mazda now offers both heated and ventilated leather seats in the top trims of its CX-5 as well as a heated steering wheel. Mazda also equips its 2019 CX-5 with both Apple Car Play and Android Auto. The 2019 Acura RDX we tested only had one of the two and the 2018 Lexus NX had neither. Other premium touches like power folding mirrors, adaptive (swiveling) headlights, and a multi-color head-up display make the CX-5 stand out from mainstream crossovers. 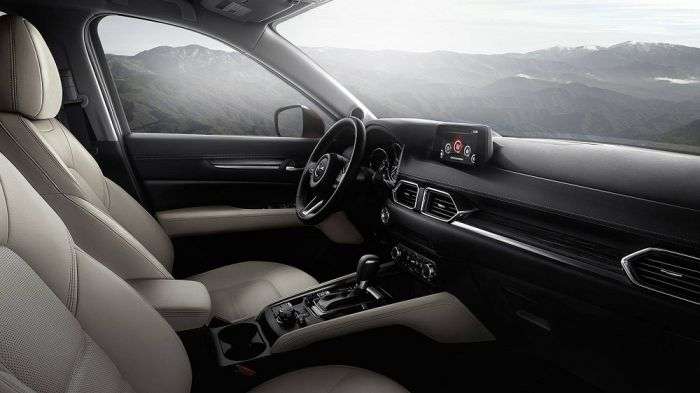 Mazda's dash and controls are also easy to call premium. The materials and construction are the equal of both Acura and Lexus and may be close to Audi's best. They are certainly better than equivalently priced Audi crossovers.

However, one important thing was missing from Mazda's CX-5 that prevented us from saying that it was the true equal of the Lexus NX and Acura RDX. That was performance. Headed into 2019, that is no longer an issue. Mazda's new 2.5T engine produces more torque than either the RDX or NX and Motor Trend says that the performance change is significant compared to the previous 2.5-liter non-turbo engine in the CX-5.

Motor Trend recorded a 6.4-second 0-60 MPH time in the 2019 CX-5. That's a half-second quicker than the Lexus NX 300 with its 2.0-liter turbo engine. Acura's new RDX has not been tested for 0-60 MPH by any reliable source we can find, but we would be surprised (having driven it) if its time is far off of the six-second mark. Audi's Q5 with its 2.0-liter turbo produced a 5.9-second time when last tested by Motor Trend. This new engine means that Mazda's CX-5 no longer has any meaningful difference in real-world performance from the top sellers in the premium crossover segment. Wondering how much quicker than the Mazda CX-5 with its normally-aspirated engine the new CX-5 turbo is? Almost 2 full seconds to 60.

More important than the flat-out sprint time is the feeling of a high-torque engine compared to Mazda's normally-aspirated engine. We've driven the engine in both the Mazda6 and CX-9. Off the line, it has a diesel-like pull that drivers love.

The top two trims of the CX-5 for 2019, the Grand Touring Reserve and Signature, have the new engine. Prices can rise as high as $39K, but an equivalently equipped turbo model is only about $1,800 more than the non-turbo CX-5 trim.

Mazda CX-5 Fast Facts:
The 2019 Mazda CX-5 is an IIHS Top Safety Pick Plus-rated vehicle. That score is higher than the 2018 Lexus NX and matches both the Acura RDX and BMW X3's score. Consumer Reports rates the Mazda brand higher in reliability than Audi, BMW and Acura.