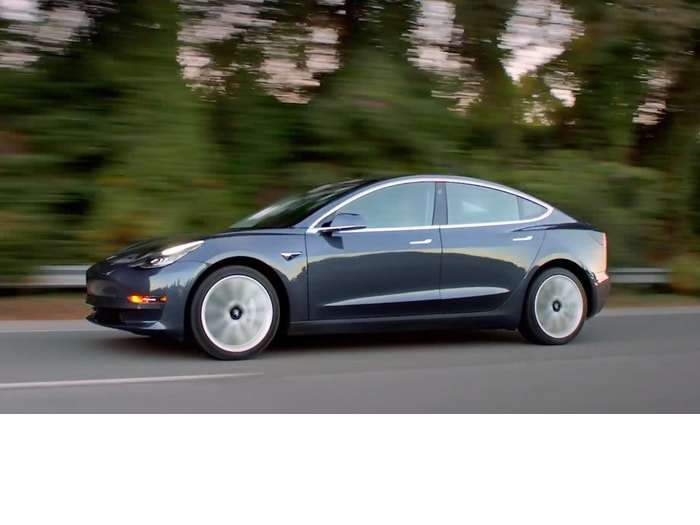 Tesla set high goals for Model 3 deliveries in 2018 and beyond. Here are some key milestones the company must hit for the Model 3 to be the mass market success Tesla has promised.
Advertisement

Tesla’s goal for the new Model 3 was not just to lure wealthy green living enthusiasts, but rather, to take the Model 3 “mass market.” The word mass market is similar to mainstream, which can be defined as “ideas, attitudes, or activities that are regarded as normal or conventional, or as the dominant trend in opinion, fashion, or the arts.” In the automotive world, there is no set definition, but we can look to vehicle sales as our guide. Obviously, the dominant trend is easy to define as the vehicle most people buy.

Here is what Tesla says is its goal is: "Our goal when we created Tesla a decade ago was the same as it is today: to accelerate the advent of sustainable transport by bringing compelling mass market electric cars to market as soon as possible."

2018 Milestones Tesla Model 3 Deliveries – The Most Mainstream Vehicles Are Trucks
In one sense, the most mainstream vehicles on our roads are pickup trucks. They are always the top-selling individual models, with the Ford F-150 and Chevrolet Silverado numbers one and two. Ford sold 896,764 F-50s last year in calendar 2017 and Chevy sold 585,864 Silverados last year. Both are trending up. We don’t expect Tesla to ever reach this level of sales and the reasons should be apparent. Tesla does though, having said it hopes to reach sales in the neighborhoood of 700,000 at some point.

2018 Milestones Tesla Model 3 Deliveries – Four-Door Midsize and Compact Vehicle Sales
Until compact crossovers began to sell in higher volumes last year, four-door sedans like the Accord, Camry, Corolla, and Civic were always the top-selling non-trucks. These vehicles sell in the approximately 300,000 – 400,000 unit per year per model range. That equates to roughly 25,000 to 33,000 unit range each month and we are being conservative (Toyota sold 43,000 Camrys just in December). Tesla may well have a year or maybe even two in this range as the Tesla Model 3 burns through its approximately 400,000 reservations. Time will tell. So far, the Model 3’s best month is less than 2,000 units.

2018 Milestones Tesla Model 3 Deliveries – Compact Premium Sport Sedans
The vehicle many point to as Tesla’s target is the BMW 3 Series sports sedan. Roughly the same size, and having some overlap of the Model 3’s current starting price of $45,000 with the low-end BMW 3 Series trims, the Model 3 should be able to easily beat the pants off this low-volume specialty car. Although we all know and many love the BMW 3 Series, the fact is it barely sells compared to mainstream models. BMW averaged 5,000 units per month for the 3 Series with a total for 2017 of 59,449 units. Tesla had better be beating this sales rate by the end of March or investors are going to flee.

2018 Milestones Tesla Model 3 Deliveries – Top Selling Green Car
The top-selling green car the size of the new Tesla Model S is the Prius Hybrid. The Prius has taken a beating in the media for its “lowered sales.” Such articles fail to mention that sedans have jumped the shark and many shoppers who used to buy sedans want crossovers now. Like the RAV4 Hybrid.

The Prius, even with its lower sales of late still outsells the BMW 3 Series and Tesla has a long way to go before it will have a year like Toyota’s 2017 sales of the Prius family, which were 108,662 units. The Prius is selling at a rate now of about 7,500 per month and declining steadily as the RAV4 Hybrids sales have leveled off over the past two years at about 4,200 per month. Tesla says it can beat this number and is planning to come close this year. We’ll see.

Tesla has very ambitious goals for the coming couple of years. Reservations in the hundreds of thousands point to a big slug of buyers ready to take delivery. Time will tell if Tesla can make the Model 3 “mass market."

In case it isn't clear, all of our numbers here are for the U.S. market only. What do you think will be Tesla's sales at the end of this year? Tell us in the comments below.