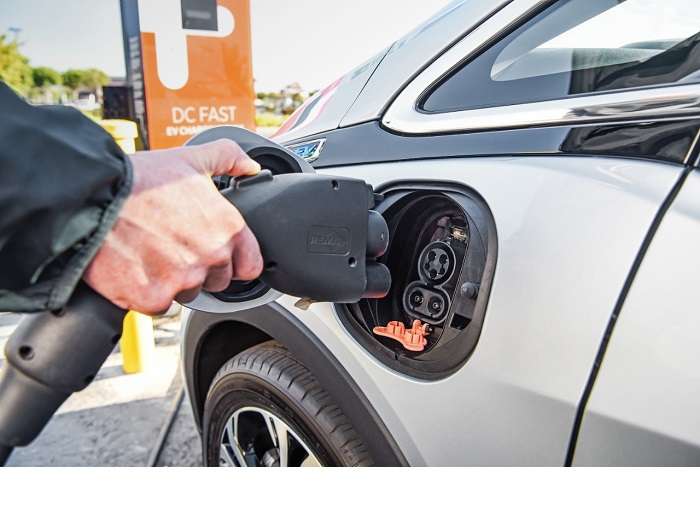 We continue our tradition of presenting an annual electric vehicle sales forecast. Call us wrong. We dare you.
Advertisement

Like last year, Torque News will go in the record with our U.S.-market electric vehicle sales forecast and predictions. When we posted our forecast last year the reader comments were mostly along the lines of “You guys are dumb and your mother dresses you funny." You can judge for yourself how we did by checking our summary of results. If anyone called it better, send us a link. We think we did pretty good, particularly with regard to the Prius Prime’s success.

Electric Vehicles will have a big year in 2018. Although the flashy supercars that you can’t buy and are really not for sale make great headlines, we like to focus our attention on the top-selling EVs. For 2018 that means the Tesla Model 3, the Chevy Volt, the Toyota Prius Prime and the Chevy Volt. For grins and giggles, we will also throw in a stab at the Nissan Leaf and the pricey Model X and Model S from Tesla.

Tesla Model 3 Delivery Forecast 2018
Please send all the nasty-grams you like below, but please also note that "sales" mean that a vehicle in the possession of an owner and the owner’s money is in the possession of the company that provided the product or service. Yes, we know Tesla has a backlog of reservations in the hundreds of thousands. Those aren’t sales.

That said, Tesla should finally get its act together in 2018. Calendar 2017 was a disaster, with Tesla delivering less than 1/50th of what it promised reservation holders from July through December. This year the promises are the same, just pushed out by roughly seven months. Maybe we are suckers, but we think Tesla will get it done this year. So here is the forecast:

Chevrolet Bolt Forecast
We don’t expect the Bolt to continue its steep growth curve from 2107. Let’s keep it simple and call it 2,000 per month on average with a final tally of about 20K to 25K Bolts delivered in the coming year. A lot will depend on how many Chevy opts to build.

Toyota Prius Prime Forecast
The Prime has its fans and was a top-seller in 2017. Like the Bolt, this one will mostly be production limited. Our guess is 21,500 units for the full year unless it is for some reason pulled from production.

Chevrole Volt Forecast
The Volt had a bad January, but has been a reliable seller. Chevy limits availability of the Volt, so it is hard to say what the market could accept. We will say it is a close tie to the Prime at 20,000 units sold in 2018.

Nissan Leaf (all new) Forecast
The new Nissan Leaf brings very little to the table to entice buyers other than a low price. It isn’t really a Bolt competitor due to its shorter range and is not even in the same market as the Model 3, which will effectively cost twice as much. Pro Pilot is fine based on our testing of it, but Honda has the same technology as do others. It is not much more than adaptive steering with lane keep assist. This one is a headscratcher. Thinking it through, we are bearish on the new Leaf. However, there exists a population of Leaf owners who have been telling everyone how thrilled they are by their old Leaf and may now need a new one. Here’s our stab at the Leaf’s sales by quarter:
Q1= 1,400
Q2 = 2,800
Q3 = 3,200
Q4 = 2,800
2018 Total = 10,200 with a confidence level of about 20% either way.

Tesla Model S and Model X
Our guess is that these models have plateaued in sales. If the Model 3 were available from inventory to new buyers we would predict both would drop dramatically in sales. However, that is not the case and well-heeled green car enthusiasts can walk in buy these off the floor so to speak. Here’s our guess as to what will happen for the full year with the Model S and Model X:
Model X = 20,000 units delivered – Confidence level +10% and -25%.
Model S – 24,000 units delivered – Confidence Level +5% and -25%

Honda Clarity Line
No way to tell. We have no idea how many Honda plans to build. Hopefully many.

Hyundai Ioniq, Kia Niro, Kia Soul EV, and other Hyundai Kia Products
Hyundai’s green car remain among our favorites based on testing. However, we don’t have any knowledge of a plan to expand the offering to states other than California. So we can’t say.

The entire rest of the electric vehicle market is a tempest in a teapot. We wish Ford the best at returning to the discussion. In 2015 and 2016 Ford was looking promising. Perhaps a surprise will come from Ford late 2018. The Chrysler Pacifica Hybrid is an outstanding EV, but we simply cannot predict how many Chrysler will build and market. Our hope is it will be many, but there is no way to know. Consumers seem to love it.

Feel free to call us crazy below, but please give your exact forecast and remember, this is U.S. market vehicle sales of all types of electric vehicles.