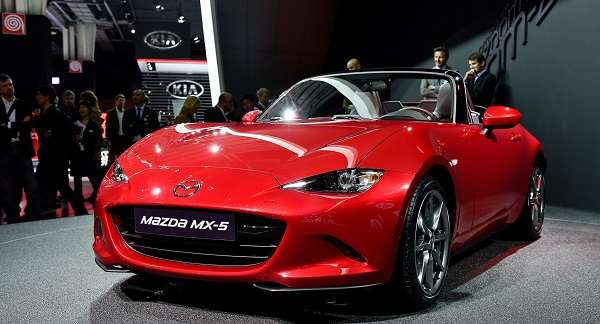 By the pound, the new 2016 Miata’s price has gone up a bit. That’s OK since we want to have a lighter Miata, and it is already very affordable. By almost every other measure, the new Miata is basically the same price as the outgoing third generation car when comparably equipped. That should be good news for anyone considering buying the most popular roadster on the market.

2016 Mazda MX-5 Miata Price List
There are three basic trims available for the new fourth-generation Miata. In addition, there is a Launch Edition car that can be pre-ordered and comes with some added basic content. Rod McLaughlin, MX-5 vehicle line manager, Mazda North America says "Whether customers opt for a Sport, Club, Grand Touring or Launch Edition, we're confident the new MX-5 will deliver the same owner passion, excitement and pride that have made the previous generations among the most beloved cars on the road or racetrack at any price point." In bullet-form here is what to expect. To the prices below add the $820 destination charge, and don’t forget those fun dealer “Documentation Fees” when you work out your budget.

2016 Mazda MX-5 Miata Grand Touring: $ 30,065. As far as we can tell the GT no longer gets the Sport Package shocks and such found on the Club. It does have a long list of safety equipment.

Those with a physical handicap requiring it, or who completely miss the entire point of the Miata, can opt for an automatic transmission on any of the four trims at an additional cost of $ 1,075.