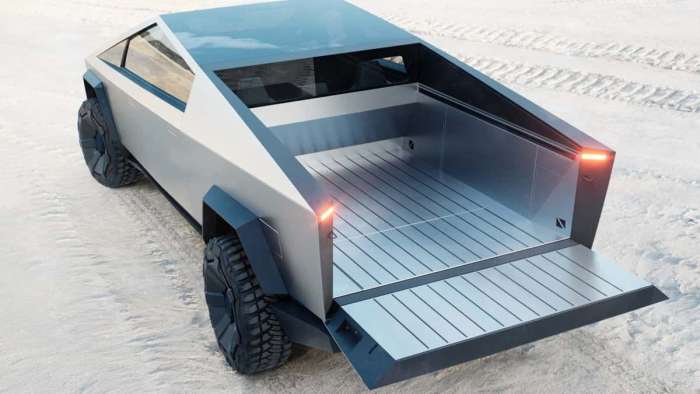 2 Weird Tesla Cybertruck Pickup Facts Nobody Is Talking About

The Cybertruck from Tesla is an American-branded pickup from a company based in America. Assuming it is made here, it will be unique. Here are two reasons why.
Advertisement

If Tesla opts to build the Cybertruck inside of the United States, in Canada, or in Mexico, the vehicle will be protected by a 25% import tariff. This is not unique to Tesla, nor is it anything President Trump specifically did. Pickup trucks in America have been protected by an import duty first established by President Kennedy and then officially instituted by President Johnson in the early 1960s. This protectionist move was done under an excuse more than a formal retaliation. If you would like to read Proclamation 3564 yourself, you can draw your own conclusions.

Every President of the United States has kept this 25% tariff in place including Presidents Obama and Clinton. You'd be surprised how many automotive-related import duties there are in play in the global automotive world.

What Is An American Truck?

We are not sure how to define "American truck." If Tesla builds the Cybertruck inside the U.S., we are certain of one thing. It will meet any definition. Are Chevy Silverados imported from Mexico "American trucks?" Owners usually say "yes." Not always. Is a Toyota Tacoma built in Texas an "American Truck?" Tricker for some, but not this writer. Toyota and Honda are both American companies. They are traded on our stock exchanges and have headquarters in the U.S. Others say no, and we respect that. They feel that since the company was originally not established inside the U.S. nothing else matters. In case you are wondering, Mexico and Canda get a hall pass on this tariff due to NAFTA.

Then there is Ram, a Fiat-Chrysler brand from a company we think is now headquartered in Upper Scubobbia. It just merged with a French company. As far as we can tell, it was originally an Italian company. But Branding matters. As does manufacturing location. To this author, Ram is as American as pumpkin pie.

Here's what may make Tesla's Cybertruck unique. Without a doubt, this is an American company, founded by Americans, inside America (Remember, Musk was not a founder. Either way, he is an American too). We can't think of any other truck that fits this description that is not made in a union factory. Listen, please don't send this story over to the UAW. They once unionized the factory that Tesla now operates in California and Toyota ended up killing the product line it made there and then abandoning the factory. Technically, they traded it to Tesla for part ownership in Tesla via a stock arrangement. So oddly, the Cybertruck may be made in a factory that was originally "Japanese." And will likely be protected by an import duty. Unless it's made in Tesla's new factory in China.

Watch how Tesla Cybertruck sizes up with Model and a conventional pickup truck like the 2020 Ford F-150 and click to subscribe to Torque News for daily automotive news analysis.

DeanMcManis wrote on November 23, 2019 - 1:57am Permalink
Cybertruck production is still a ways off, but I think that it will be built here in the U.S. and also built in China for local sales there and also for the Asian market.

LG's New EV Battery Plant Is a Welcome News for Tesla
Tesla Giga Berlin's New Hurdle: It's Not Only the Gov't, but Now Tesla Itself
END_OF_DOCUMENT_TOKEN_TO_BE_REPLACED