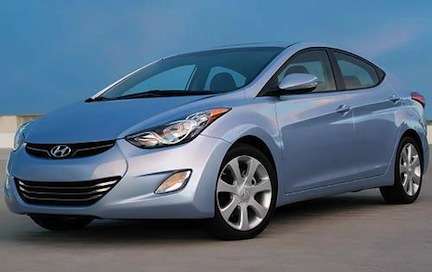 Catapulted by record-breaking sales, Hyundai's unbelievable January earned the automaker an A+ rating from TrueCar.com.
Advertisement

A new study conducted by TrueCar.com, an authority in new car pricing, trends and forecasting, found that Hyundai was the top ranking car brand and manufacturer in January 2012 according to their Performance Scorecard. TrueCar’s Performance Scorecard consists of eight distinct criteria, which includes pricing, sales, incentives, customer loyalty, market share and days in inventory. Based on the measurements, Hyundai earned an A+ grade in both the manufacturing and car brand category.

Aside from Hyundai, the top manufacturers were Porsche and Honda, which both earned A grades. Kia and Scion were tied with Hyundai as top ranking car brands. Apart from the big winners, there were also several poorly performing manufacturers led by Volvo, Suzuki and Saab. TrueCar concluded that Infiniti, Suzuki, Smart and Saab were the worst car brands.

The biggest gainers in manufacturing from December 2011 to January 2012 were:

The biggest losers in manufacturing from December 2011 to January 2012 were:

TrueCar’s findings are not incredibly surprising considering that January was a record-breaking month for Hyundai. Hyundai’s sales were up 19 percent compared to January 2011, spurred by strong Elantra and Genesis/Equus sales, which were up 13 percent and 27 percent respectively.

"January was a good month for us as Januarys go. We set an all-time sales record for the month, saw continued stabilization in the general economy, and witnessed the Hyundai Elantra crowned as North American Car of the Year. All in all, a very solid base to build off in 2012."

TrueCar, Inc. is an automotive solutions provider, which is a virtual publisher of new and used car transaction information. TrueCar price reports are designed to help both consumers and dealers agree on fair and accurate deals. TrueCar’s primary objective is to revolutionize how cars are bought and sold, creating a better experience for consumers and dealers alike.