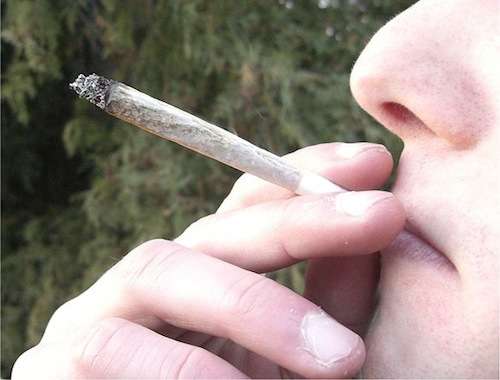 The study is the first of its kind to study the effects of marijuana on driving up to one month after the smoker's last use of the drug.
Advertisement

With recreational marijuana use now legal in two states (Colorado and Washington), the researchers are increasingly studying the potential affects of the drug. With that in mind, researchers at the Chemistry and Drug Metabolism, Intramural Research Program have published a study examining how long pot smokers remain “impaired” after using marijuana.

So what did researchers find? According to the study’s conclusion, “Our results demonstrate, for the first time as far as we are aware, Cannabinoids can be detected in blood of chronic daily cannabis smokers during a month of sustained abstinence. This is consistent with the time course of persisting neurocognitive impairment reported in recent studies.”

The findings mark the first time a test has shown that cannabis can be detected in the blood of chronic daily marijuana smokers for a month after their last use.

As for why this type of study has never been conducted, Dr. Marylin Huestis of the National Institutes of Health and author on the paper, said: “These data have never been obtained previously due to the cost and difficulty of studying chronic daily cannabis smoking over an extended period.”

While researchers established how long cannabinoids remain in the blood, they did not examine exactly what “impaired” driving entails. That being said, a February study in the British Medical Journal found that marijuana nearly doubles the risk of a vehicle collision. Examples of impaired marijuana driving include following cars too closely and swerving in and out of lanes.

Furthermore, among impaired drivers, fatally injured drivers and crash victims, the most prevalent illegal drug that has been detected is marijuana, according to the U.S. National Institute on Drug Abuse.

Conversely, a recent study by CNN found that pot smokers only became impaired when researchers got them well above the legal THC limit, which is 5 nanograms in Colorado and Washington. Click HERE to watch a video of the experiment.

Additionally, 18 states and Washington D.C. have legalized the use of medical marijuana.