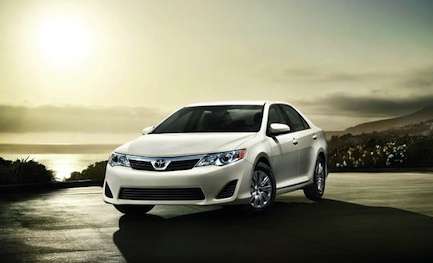 Academic study shows that consumer opinion in Toyota has not wained, despite massive 2009-2010 recall.
Advertisement

A new study, conducted by Dr. Robert Hammond, an assistant professor of economics at NC State, has found that the multiple safety-related recalls conducted by Toyota in 2009-2010, have had little to no impact on consumers.

“These findings highlight the importance of establishing and maintaining a reputation for quality,” says Hammond. “Not only will it help you sell cars in the first place, but it will help you weather public scrutiny in the event of a recall.”

The study was launched because Hammond wanted to see how consumers react to recalls with regard to their willingness to pay for that product. Hammond decided to examine Toyota’s massive 2009-2010 “sudden unintended acceleration” recall, which ultimately recalled more than 10 million vehicles worldwide.

So how did Hammond gauge changes in consumer brand perception? Hammond decided to examine used-car markets, rather than new car sales. Although new car sales are usually a good economic indicator, they cannot fully evaluate the impact of a recall due to deviations like promotions, marketing campaigns and the fact that new vehicles are not subject to a particular recall. Conversely, the used-car market reflects the recalls by pointing out what Toyota owners sold their vehicle due to the recall. Additionally, the used-car market also demonstrates the willingness of used-car buyers to be a Toyota that may have been involved in a recall.

Despite the massive public recall from 2009-2010 and the public relations fiasco that ensued, Hammond found that the recalls had very little impact on consumers. Hammond established that average price of affected vehicles only declined by 2 percent, which was within the statistical margin of error. This 2 percent drop was comparable to Honda. Although prices dropped slightly in November 2009, they rebounded in January 2010, according to Hammond. In order to draw a contrast, Hammond also looked at how an acceleration-related recall impacted Audi in 1986. Hammond’s analysis concluded that Audi’s average price slid more than 16 percent.

Aside from Toyota’s unprecedented 2009-2010 recall, the Japanese automaker has also been in the news for a slew of recalls in 2011 and 2012. In 2011, Toyota announced both a substantial recall for steering problems (550,000 vehicles) and another accelerator pedal recall, which affected an additional 2.17 million vehicles. Just last week, the National Highway Traffic Safety Administration began an investigation into 830,000 Camry and RAV4 models due to alleged door fires.

Hammond’s paper, “Sudden Unintended Used-Price Deceleration? The 2009-2010 Toyota Recalls,” will be in the upcoming issue from the Journal of Economics and Management Strategy.

Anonymous wrote on February 17, 2012 - 7:24am Permalink
Disagee - as reported in "Japan Times" new sales went way down during the height of the fiasco and Toyota and the NTSHA coverup. Now all others have different recalls with different problems just like they do. Concern subsided when they did what they are doing now for all new vehicles - installing brake override in the recalls. Even if you had one not recalled you could get it installed for free. Thus used cars are perceived to be fixed. It wasn't the drivers applying the wrong pedal - why so few GM's based on incidents per vehicle sold? Ford did have admitted cruise control problems. I still say they had rare double glitches that caused the high speed problem such as with the Lexus where Saylor family died. The big CA trial next year is to have 10 experts analyze the secret computer code that NASA did not have. NASA did note low speed causes but couldn't find high speed cause. See last page in: replace DOT with a period onlinepubsDOTtrbDOTorg/onlinepubs/UA/030311Kirsch.pdf