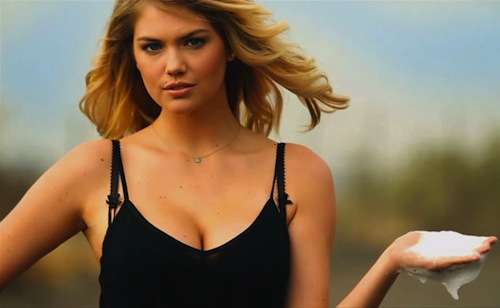 Mercedes-Benz has alienated both male and female car buyers with its new Super Bowl ad. Keep reading to see some of the fan criticism being waged at the automaker and to check out the ad for yourself.
Advertisement

The online realm has been abuzz since Mercedes-Benz first announced that supermodel Kate Upton would appear in a Super Bowl ad. And now, two months later, the luxury automaker has revealed a preview of Upton’s Super Bowl XLVII commercial. Unfortunately for viewers, the title of the new ad, “Kate Upton Washes the All-New Mercedes-Benz CLA in Slow Motion,” is pretty misleading.

While Upton may be the commercial’s star, the slow motion spot also heavily features a group of men washing the all-new Mercedes-Benz CLA. That’s right; Upton’s role in the commercial is to simply stand by as several men spray down the CLA in a parking lot style car wash.

Despite Mercedes-Benz’s attempt at humor through a role reversal scenario, it appears that the majority of online viewers are not amused. In fact, the video’s official YouTube page has been bombarded by negative feedback since the clip was posted on Monday.

In general, the consensus seems to be that viewers feel cheated. Confused viewers have written everything from “I thought she washed the car” to “Never let MercUSA make any ads again for the love of God.”

Another post commented: “Dear lord…what was the ad agency thinking with this crapper. Super forgettable, doesn’t highlight the car in any way, the humor is awful, and they don’t even highlight her very well.”

While YouTube comments center on the ad being misleading, Facebook comments questioned Mercedes' level of sophistication. "Wow, what happened to having class Mercedes?" asked one Facebook fan. Another annoyed commenter added: "This ad has cheapened the classy Mercedes car. Surprised that Mercedes had to stoop to that level. Was not in line with sophisticated Mercedes Buyers."

Upton previously appeared in the now infamous Carl’s Jr. commercial, which was banned from last year’s Super Bowl because it was too risqué. The provocative ad depicted Upton writhing atop a classic convertible while eating a Southwest Patty Melt.

Commercials aside, Upton is primarily known for her appearance on the cover of Sports Illustrated’s Swimsuit Issue in 2012. Aside from SI, Upton has also graced the pages of American Vogue and Italian Vogue in editorial spreads.

As for the vehicle, the Mercedes-Benz CLA is a new four-door compact executive car based on the Mercedes-Benz A-Class platform. The CLA was officially launched at the January 2013 North American International Auto Show.

Aaron Turpen wrote on January 24, 2013 - 12:32pm Permalink
People are whiny. They wanted to see her get all wet t-shirt and are disappointed. I think the commercial is mildly amusing and I don't think it "lacks class." The "men" washing the car are teenage football players, which probably makes up half the audience complaining that she isn't mostly naked in the commercial.