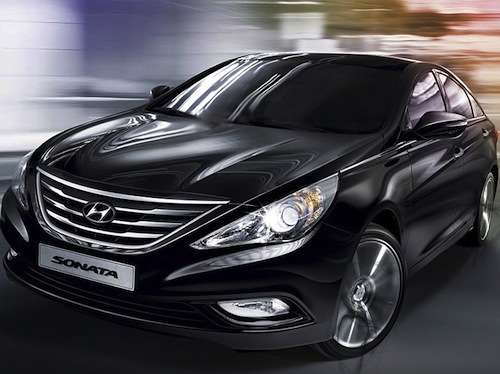 Hyundai sold 67,019 vehicles in May, making it the company's third straight month with over 60,000 in sales.
Advertisement

Hyundai Motor America has just released their May sales figures and they could not be more impressive. The South Korean-based automaker recorded its best May ever, selling 67,019 units, up over 13 percent compared to last May. The remarkable month is actually Hyundai’s second best sales month in company history.

"The industry experienced choppier waters than anticipated in May," said Dave Zuchowski, executive vice president of sales for Hyundai Motor America. "While industry demand and traffic remained strong, consumer confidence was clearly conflicted with a recovering market being hedged against the inherent uncertainties of a looming presidential election and some disappointing housing and unemployment news. Amidst this economic backdrop and our own very low inventories, we felt great about setting yet another monthly volume record and are really well positioned for what we fully expect to be a robust summer sales period."

Further illustrating the company’s sales momentum is the fact that it is operating with just a 32-day supply of inventory, which is the leanest amongst all competitive brands. Hyundai’s fuel-efficient lineup, including the Accent, Elantra and Veloster are running low in terms of availability. Zuchowski added, "Having demand exceed supply is an enviable position to be in but it forces us to be exceptionally efficient in our production planning, inventory management, and sales velocity."

President and CEO, John Krafcik went on to say, "Demand for Hyundai vehicles in May remained at record levels, and so once again our total sales this month were a reflection of low inventories at Hyundai dealerships rather than market demand. We've continued to keep our incentive spending and fleet mix low reflecting this situation, while at the same time watching carefully the mixed economic signals we're seeing, especially continued stagnation in the housing market, today's disappointing news on unemployment, and significant incentive spending increases from our key competitors."

Hyundai’s big winners for the month of May were the Sonata and Elantra, which sold 20,765 and 18,877 units respectively. Interestingly, both models underperformed compared to last May selling roughly 2,000 units less. Hyundai more than made up for the sales decrease with strong sales of its Azera and Veloster models. In fact, the Azera’s 1,053 units sold was a 558 percent year-over-year increase. Additionally, the Veloster sold a solid 3,624 vehicles in May. Also vital for Hyundai’s success in May was the continuing growth of its premium models, Genesis and Equus. The pair of luxury vehicles touted all-time sales numbers in May with a sales increase of about 40 percent.

Aside from enjoying its best May ever, Hyundai continued its industry-leading fuel efficiency standing last month. The company attained an average fuel economy level of 37-mpg (28.5-mpg label value) in May and sold 25,614 vehicles with a 40-mpg fuel economy rating.