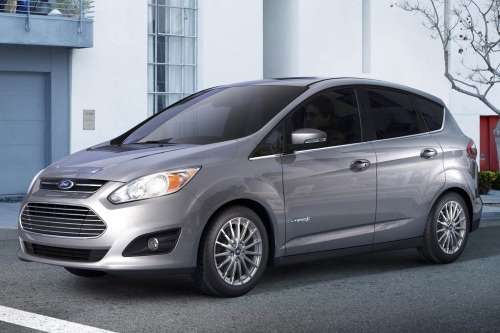 Pennsylvania owners of Ford’s 2013 Fusion and C-Max Hybrids claim that their hybrid vehicles provide considerably less fuel economy than the advertised 47 mpg, according to a complaint filed Tuesday in U.S. District Court in Philadelphia. The owners also allege that Ford inaccurately represented the vehicles by incorrectly claiming that they outperformed competing hybrid models.

“Plaintiffs are some of the tens of thousands of consumers who purchased a Fusion Hybrid or C-Max Hybrid, only to be stuck with under-performing, less valuable vehicles that inflict higher fuel costs on their owners,” according to the complaint.

According to Consumer Reports, Ford’s misleading fuel efficiency claims are the worst in the industry.

“In our tests, the Fusion Hybrid delivered 39 mpg overall and 35 and 41 in city and highway conditions, respectively,” said the magazine. “For the C-Max Hybrid, we got 37 mpg overall, with 35 and 38 for city and highway. These two vehicles have the largest discrepancy between our overall-mpg results and the estimates published by the EPA that we’ve seen among any current models.”

Complainants also reference estimates submitted by Ford owners to a fuel economy tracking website, which averaged 38.5 mpg. The 10-mpg difference equates to roughly $1,800 in additional fuel costs over five years, according to the complaint.

Ford has not officially commented on the lawsuit, but did issue the following statement to Bloomberg News: “Ford’s fuel economy labels are generated in accordance with EPA procedures and protocols.”

Stay tuned for more information regarding this developing lawsuit, including an official response from Ford.

Anonymous wrote on April 25, 2013 - 7:52am Permalink
Open letter to Ford: I thought my 2013 C-MAX would be a Prius Killer? NOT! As a returning Ford buyer I feel deceived. I want to support US companies and US jobs. What was Ford thinking when they published 47/ 47/47 estimates? Based on the advertised EPA estimates, I would have been ok with low 40's but 28-33 mpg is not even in the ballpark. This is not an issue about EPA testing standards, but rather an issue about setting false customer expectations in order to promote sales. Ford's "47MPG" marketing campaign tarnished what should have been the roll out of a truly remarkable vehicle, the CMAX. Real world MPG estimates should have been promoted in the mid-30's. No one would have questioned those numbers and the CMAX would have received the accolades it deserves. How these MPG estimates made it through Ford corporate is beyond me! Maybe it was the rush to go to market? I have been accused of not knowing how to drive hybrid. For the record, during the last three years I have leased both a 2010 Prius and 2010 Honda Insight Hybrid, and consider myself an experienced hyper-miler. My mileage in the Prius is 50 plus, the Insight is 40 plus. The C-MAX is a well-built car, with extremely inflated EPA estimates. I respectfully request that this matter be investigated as soon as possible. My efforts to deal with this locally and through Ford customer service have frustrated me to no end. The constant response? "You need to learn to how to drive hybrid type of vehicle ". Is there a difference how I drive Prius Hybrid vs. the CMAX hybrid? I think we all know the answer to that. I need someone at Ford to reach out to me and assist in a proactive manner so we can put this matter to rest. I have opted not to join the class action lawsuit regarding this matter in order to explore my resolution options with Ford directly feeling this was the most honest approach to the matter. Can I expect the same from Ford in return? Respectfully submitted, Ronald Kramer Yankee Ford Customer South Portland, Maine PO Box 2517 South Portland, ME 04116