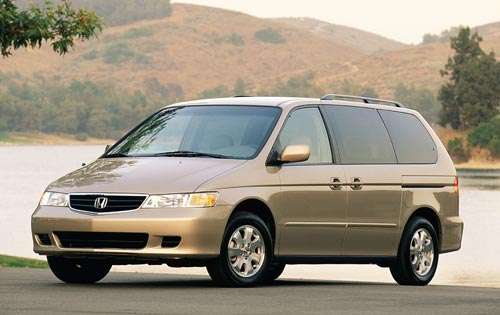 The NHTSA has launched an investigation into 577,000 Odyssey and Pilot vehicles due to a dangerous roll away risk.
Advertisement

The National Highway Traffic Safety Administration has just launched an investigation into the model-year 2003 to 2004 Odyssey minivans and Pilot SUVs due to a roll away risk. The federal probe concerns more than 577,000 vehicle and only those with automatic transmissions.

According to the NHTSA, affected vehicles may roll away after drivers remove the ignition key. The problem is due to a lock mechanism failure that is supposed to secure the key in the ignition. Failure of this mechanism may result in Honda owners being able to remove their keys without putting their vehicle in park.

The NHTSA has received 43 complaints thus far, 16 of which resulted in crashes. Additionally, two injuries have been reported to the NHTSA. One serious incident involved a driver suffering a broken leg after being run over by his 2003 Odyssey. The driver reported his minivan rolling backward out of his driveway after he put the vehicle in park. The owner suffered the broken leg after tripping while attempting to stop the rolling vehicle. “I had an open fracture of my fibula (lower leg bone) and crush injuries on my shin area,” said the driver to the NHTSA.

Drivers are advised to make sure their vehicle is in park and to use the parking break when stopped. There is no immediate solution to the problem, but more news should surface as the investigation continues. A recall may be issued if the NHTSA determines that the defect occurs frequently enough.

In June, issued a recall for 50,000 model-year 2012 Civic models due to a roll away problem. Unlike the ongoing investigation the Civic recall was the result of a driveshaft assembly problem.

Aside from the current investigation, Honda suffered several setbacks this week including three major recalls. On Monday, the automaker announced that it would expand an Acura TL recall to include approximately 572,000 model-year 2003 to 2007 Accord vehicles. The safety recall stems from a power steering hose defect, which may result in a fire.

Additionally, the automaker also expanded a March headlight recall to include 820,000 model-year 2002 to 2003 Civic compact sedans and model-year 2004 to 2005 Pilot SUVs. Certain vehicles may suffer headlight failure while driving, thus increasing the likelihood of a crash.

Lastly, Honda issued a recall on Saturday concerning 268,000 model-year 2002 to 2006 CR-V SUVs. Affected vehicles may contain a faulty automatic window switch, which may overheat and cause a fire.