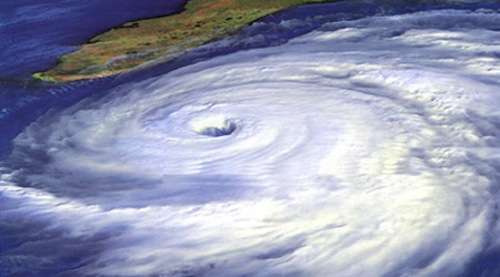 The driver's guide to surviving 'Frankenstorm'

Although motorists are encouraged not to drive in cases of severe weather, there are tips available to those drivers that must face the upcoming 'Frankenstorm.'
Advertisement

Despite its amusing name, the so-called “Frankenstorm” is no laughing matter. Currently classified as a category one hurricane, hurricane Sandy could merge with a winter storm creating the hybrid monster which forecasters have dubbed “Frankenstorm.” The storm is projected to hit the US on Monday and could cost upwards of $15 billion in damage. The monstrous storm has already caused approximately 40 deaths in the Caribbean alone.

Although motorists are encouraged not to drive in a potentially deadly storm, there are several safety precautions drivers can take if he or she must be on the road.

- Drivers should fill up their gas tanks. This is crucial because power outages would render fuel pumps useless.
- Ensure that windshield wipers are in working order.
- Thirdly, tires should be properly inflated.
- Motorists also need to remove unnecessary items from the trunk, replacing it with an emergency road kit. The kit should include a flashlight, rain gear, extra clothing, jumper cables, jack and spare tire.

Driving in the Storm

If you cannot avoid driving during “Frankenstorm” you must remember to be alert and careful at all times. The best tips for driving during a storm are:

- Pay attention to signs. Not surprisingly, motorists should never attempt to drive on any closed roads or evacuated areas.
- Headlights should be turned on at first sign of rainfall, not just darkness.
- Significantly reduce speed. Reduced visibility means reduced speeds.
- Remember to increase following distance. The typical 2-3 seconds of following distance should be increased to 8 seconds during a storm.
- Never drive in a flooded area, especially with flowing water. Motorists encountering a flooded area should seek an alternate route. Owners of pickup trucks and SUVs are not exempt and should take heed in this warning.
- Lastly, be on the lookout for debris on the roadway. Remnants from the storm, especially downed wires are dangerous and can cause a fire.

Although many motorists may make it through the storm unscathed, others will not be so lucky. Drivers affected by the storm should:

- Take pictures of their damaged vehicle for insurance purposes and contact their insurance agent.
- Contact the power company if downed power lined are on their vehicle. Drivers should never attempt to remove the wires.