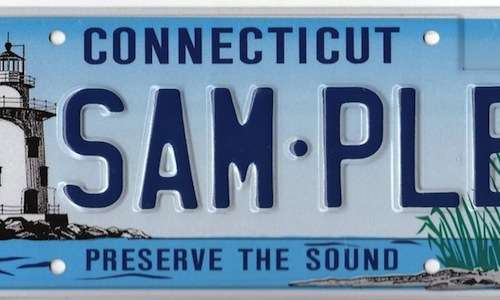 The Connecticut Senate Transportation Committee has voted to pass a bill asking for the implementation of Radio Frequency Identification (RFID) on all registered motor vehicles.
Advertisement

The Connecticut Senate Transportation Committee has backed a bill to consider embedding electronic tracking chips on license plates. The legislation, known as Senate Bill 288 was introduced on March 14, 2012. According to the proposal, the reasoning behind the bill is the “study of radio-frequency identification for motor vehicle registration.”

The bill, which was passed unanimously, requests that the Department of Motor Vehicles create a report for the implementation of Radio Frequency Identification (RIFD) for vehicle registration by Jan. 1, 2013. Reports indicate that Connecticut General Assembly members drafted the bill at the request of former astronaut and current RFID industry lobbyist Paul Scully-Power. Aside from being a former astronaut, Scully-Power is also the former CEO of Mikoh Corporation and SensorConnect Inc, both RFID sellers.

"There are two main reasons for the Department of Transportation to adopt this type of program," Scully-Power wrote in his testimony to Connecticut lawmakers. "One, to validate that every vehicle conforms to state regulations. Two, to provide considerable income to the state by identifying vehicles that are violating the existing laws of Connecticut.” Scully-Power went on to add, “The state would collect $29,619,500 per year or $79,858,500 in the same three-year period compared to the $594,000 it was able to collect."

Scully-Power’s estimates are based on the estimated number of uninsured drivers and average $100 ticket prices. Aside from nabbing uninsured drivers, the new system would also help convict red light camera violators.

Inserting chips on license plates would allow for real-time monitoring of all vehicles. In order to identify vehicle location, the chips work in cooperation with various tracking stations at different key points throughout the state.

Connecticut’s main intention behind the legislation is to create automated tickets for drivers “whose vehicle registration, emissions or insurance certification may have lapsed for a day or two.” Additionally, photo enforcement systems are made far more precise because of RFID systems. Tracking chips allow the DMV and/or law enforcement to precisely identify and broadcast vehicle location, opposed to traditional character recognition software that takes pictures of a license plate.

Keith Griffin wrote on March 20, 2012 - 12:36pm Permalink
As a former legislative press secretary in CT, just wanted to clarify something. This bill was raised by the CT General Assembly's Transportation Committee. There is no Senate Transportation committee the way CT's General Assembly works. It can be confusing because some bills are House bills while other are Senate bills. Also, this bill is just to study the issue. Legislators are not calling for its implementation with this legislation.Will it see the light of day? That's a good question. It will probably become a study and then get shelved somewhere else until other states take the lead.